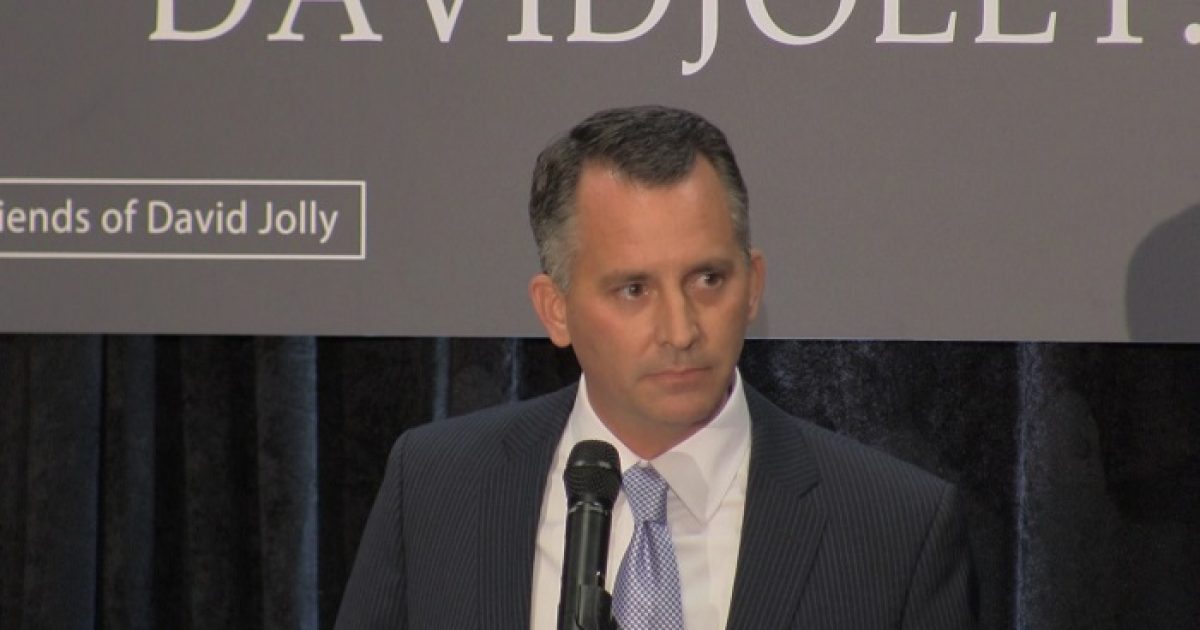 The five recently released undercover videos by the Center for Medical Progress, outing Planned Parenthood as an organization that inhumanely brokers aborted baby body parts, have force the hand of Republican legislators in Washington, D.C. to push for the federal defunding of the group.

The biggest names in the United States Congress including Senators Ted Cruz and Marco Rubio, and just about the entire Republican caucus in the U.S. House of Representatives, have called for the defunding planned parenthood from all federal aid.

One Florida U.S Representative, David Jolly (R), who is running for the U.S. Senate in 2016 to replace outgoing Senator Marco Rubio, has recently filed legislation (H.R. 3301) that according to Jolly, “would entirely” defund Planned Parenthood.

Here is an excerpt about being pro-Life from a letter Jolly recently sent to donors after his conservative credentials were brought into question, when it was reported that Jolly received an “F” rating from the conservative organization, Heritage Action.

On life. I belief life begins at conception. I also believe we must create a culture that values each human life, from the unborn, to the child living in an impoverished environment, to the elder facing health and end-of-life challenges. I have advocated for, cosponsored, and voted for legislation that reflects these principles, from prohibiting federal funding of abortion services to cosponsoring the Pain Capable Unborn Child Protection Act, the Child Interstate Abortion Act, the Health Care Conscience Rights Act, and others. And on today’s most pressing issue of whether to continue federal funding for Planned Parenthood, it is my legislation (H.R. 3301) that would entirely defund the organization while still ensuring full access to non-abortion related women’s healthcare services in underserved communities.

But while Jolly sounds very hawkish in opposition to Abortion, this past support for former Rep. Allyson Schwartz (D) may call that into question.

Before Jolly was elected to the U.S. Congress, Jolly was a lobbyist in Washington.

Lobbyist donate to whomever will support their causes, regardless of political affiliation, and make a point of business to know where everyone one of their potential recipients of their “gratitude” stands on the issues.

This vetting also includes the recipients past work, education, and criminal history.

So what is the big deal about Jolly donating to a Democrat, particularly Schwartz?

Before Allyson Schwartz, who had received a 100% rating in 2011 from NARAL, was elected to Congress, Schwartz founded and operated a Philadelphia area Planned Parenthood abortion clinic for that performed around 1,500 abortions in its last year of operation, before going bankrupt, and turning off the vacuum.

Schwartz was the clinics Executive Director for 13 years.

Schwartz also hit the floor of the House twice in 2011 to vote against the Republican-led efforts to defund Planned Parenthood, and believes that running ads in support of Planned Parenthood is not a risk-taking move for anyone running for elected office.

David Jolly’s two donations to Schwartz came within 10 days of the House votes to defund Planned Parenthood on February 18, 2011.

“It’s time for us to stop thinking about Pennsylvania as being so behind, because it’s not,” she said. “Look, President Obama ran ads in Western Pennsylvania on Planned Parenthood. Now he didn’t do that because he was a risk-taker. He did it because he knew that Pennsylvanians across the state supported women’s access to health services, including abortion.”-Rep. Allyson Schwartz (D) (Life News)

LifeNews contends that Schwartz ” may have referred women to gruesome late-term abortionist Kermi Gosnell,” seeing that it was common practice for abortion clinics in the Philadelphia are to send patients over to the Joseph Mengele of Abortions, Gosnell.