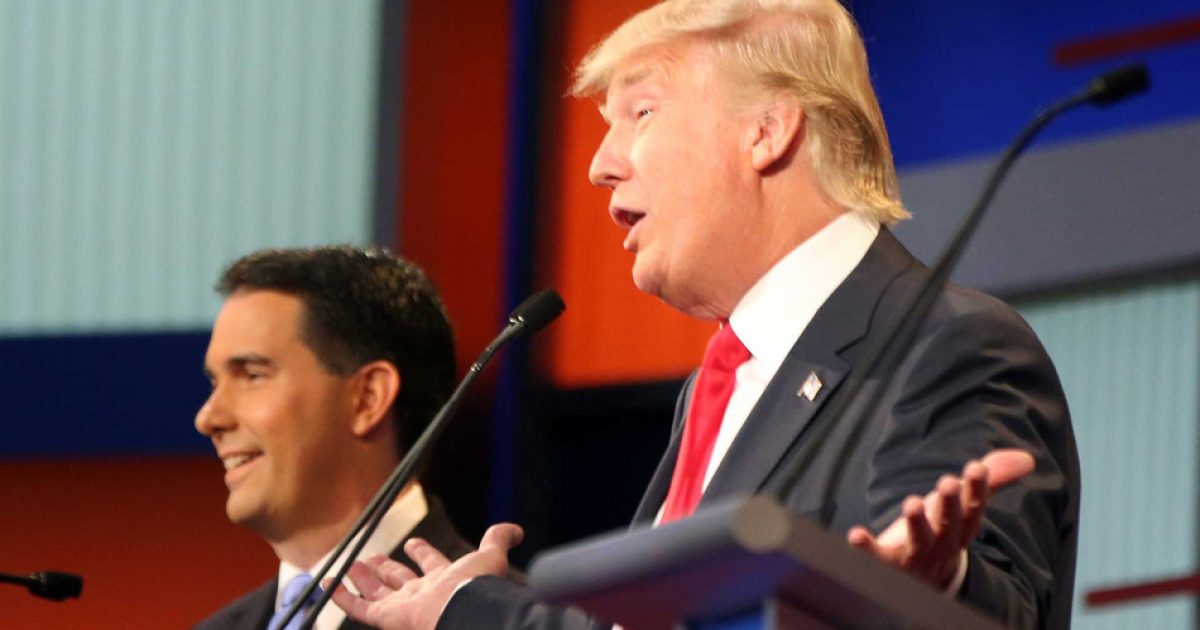 From the very first question that Bret Baier asked during the 2016 Republican presidential Fox news debate, it was obvious that Donald Trump was going to be the target of the disgusting Republican establishment line of attack.

Baier’s first question was directed to all of the candidates, asking them to raise their hands if any of them would not pledge their support for the eventual Republican presidential nominee, as well as  pledging to not run as an independent candidate.

This question stunk. It was obviously directed at Trump, and aimed at embarrassing the billionaire in front of millions of viewers.

Trump, who has recently stated that he would consider running as an Independent, if the GOP continued to disrespect him,  raised his hands, and reiterated that he could not support the Republican nominee he didn’t respect.

Megyn Kelly was the second moderator to jump the shark when she followed up with a question to Trump, asking him about some perceived sexist comments he made against women in the past.

Kelly then asked him when he became a Republican. Trump addressed the crowd, saying “I don’t think they like me much.”

Kelly recently told the POLITICO that Fox News CEO Roger Ailes, once told her that ” the only way you can disappoint me is if you try to hit a home run instead of a single.” Kelly said that she was looking to “hit a single,” but after her debate performance, it was clear that Kelly fouled out.

The third debate moderator, Chris Wallace went after Trump about his past business bankruptcies.

Trump smacked him down, saying that  took advantage of existing U.S. laws, just like many other Americans business owners have done.

I don’t know if Fox News was trying to come across as “Fair & Balance” or what, but whatever they were trying to do, they did it in tasteless manner when they singled out Trump for character assassination.

Fox News, namely Chris Wallace, Megyn Kelly, and Bret Baier, failed themselves, the network, and most importantly, they failed Americans.

“I am very proud of my great performance tonight. I am not a debater, but I am a winner. If I am elected I will make this country a total winner — I will Make America Great Again.”-Donald Trump