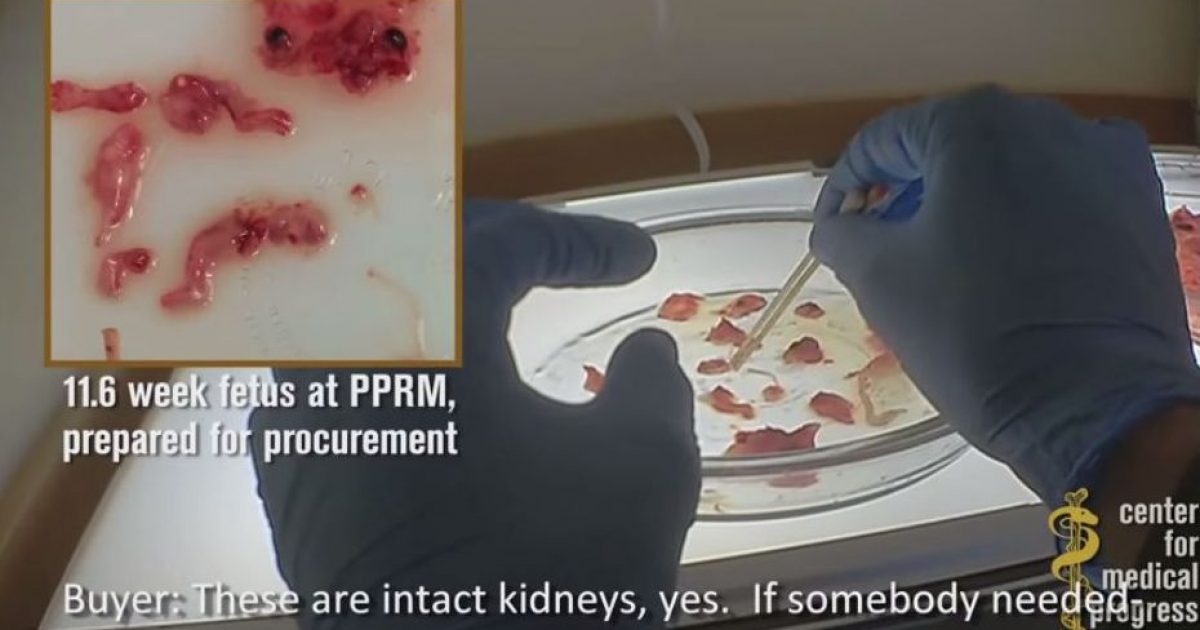 A third, and more graphic undercover video released by the Center for Medical Progress shows technicians tweezing through aborted fetal tissue for baby parts to sell.

I would like to see how Planned Parenthood and the likes of Reps. Debbie Wasserman Schultz (D) and Nancy Pelosi (D) try to spin this video off as just being heavily “edited.”

Here is a portion of the Center for Medical Progress press release about their newly released video, followed by graphic still captures of the video.

Episode 1 introduces Holly O’Donnell, a licensed phlebotomist who unsuspectingly took a job as a “procurement technician” at the fetal tissue company and biotech start-up StemExpress in late 2012. “I thought I was going to be just drawing blood, not procuring tissue from aborted fetuses,” says O’Donnell, who fainted in shock on her first day of work in a Planned Parenthood clinic when suddenly asked to dissect a freshly-aborted fetus during her on-the-job training.

Episode 1 also shows undercover video featuring the Vice President and Medical Director of Planned Parenthood of the Rocky Mountains (PPRM) in Denver, CO, Dr. Savita Ginde. PPRM is one of the largest and wealthiest Planned Parenthood affiliates and operates clinics in Colorado, New Mexico, Wyoming, and Nevada. Standing in the Planned Parenthood abortion clinic pathology laboratory, where fetuses are brought after abortions, Ginde concludes that payment per organ removed from a fetus will be the most beneficial to Planned Parenthood: “I think a per-item thing works a little better, just because we can see how much we can get out of it.”-Center for Medical Progress

Here are the images. Again, these are graphic and appalling.

Has the case for defunding Planned Parenthood been made?

You can watch the entire video here: