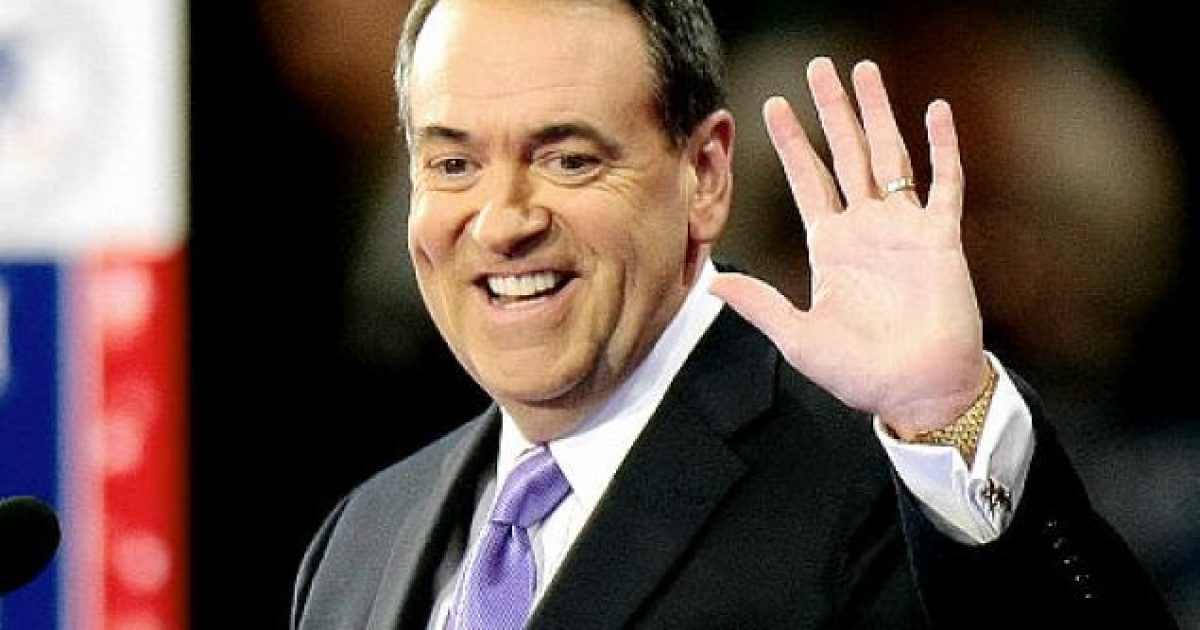 Obama Marching Israelis Into The Oven With Iranian Nuclear Deal

Everyone from Governor Bobby Jindal to Senators Marco Rubio and Ted Cruz-all three presidential candidates- have been critical of President Obama’s nuclear deal with State Sponsor of Terrorism, Iran, but no one had gone as far as to compare the Holocaust to what could happen to Israel if Iran is allowed to build a nuclear weapon.

Former Governor and 2016 Republican presidential candidate Mike Huckabee, told Breitbart that by trusting the Iranians, “he “(Obama) will take the Israelis and march them to the door of the oven.”

“This is the most idiotic thing, this Iran deal. It should be rejected by both Democrats and Republicans in Congress and by the American people. I read the whole deal.”- Mike Huckabee

The U.S. Congress’ “top Jew,” Congresswoman Debbie Wasserman Schultz (D), who is a big supporter of all-that-is-Israel, took issue with Huckabee’s remark, saying that his “cavalier analogies to the Holocaust” were “unacceptable.”

Did Huckabee just take a page out of Donald Trump’s book, and speak off the cuff about the real threat a nuclear Iran poses to Israel.

Iran has stated numerous times in the past they looked to annihilate Israel. So why allow them to have a nuclear program?

Ayatollah Ali Khamenei: “It is the mission of the Islamic Republic of Iran to erase Israel from the map of the region.” (2001)

Hassan Nasrallah, a leader of Hezbollah: “If they [Jews] all gather in Israel, it will save us the trouble of going after them worldwide.” (2002)

Nasrallah: “Israel is our enemy. This is an aggressive, illegal, and illegitimate entity, which has no future in our land. Its destiny is manifested in our motto: ‘Death to Israel.’” (2005)

Mohammad Hassan Rahimian, Khamenei’s representative to the Moustazafan Foundation: “We have manufactured missiles that allow us, when necessary to replace [sic] Israel in its entirety with a big holocaust.” (2010)

Mohammad Reza Naqdi, the commander of the Basij paramilitary force: “We recommend them [the Zionists] to pack their furniture and return to their countries. And if they insist on staying, they should know that a time while arrive when they will not even have time to pack their suitcases.” (2011)

Khamenei: “The Zionist regime is a cancerous tumor and it will be removed.” (2012)

Ahmad Alamolhoda, a member of the Assembly of Experts: “The destruction of Israel is the idea of the Islamic Revolution in Iran and is one of the pillars of the Iranian Islamic regime. We cannot claim that we have no intention of going to war with Israel.” (2013)

Nasrallah: “The elimination of Israel is not only a Palestinian interest. It is the interest of the entire Muslim world and the entire Arab world.” (2013)

Hojateleslam Alireza Panahian, the advisor to Office of the Supreme Leader in Universities: “The day will come when the Islamic people in the region willdestroy Israel and save the world from this Zionist base.” (2013)

Hojatoleslam Ali Shirazi, Khamenei’s representative in the Revolutionary Guard: “The Zionist regime will soon be destroyed, and this generation will be witness to its destruction.” (2013)

Khamenei: “This barbaric, wolflike & infanticidal regime of Israel which spares no crime has no cure but to be annihilated.” (2014)

Hossein Salami, the deputy head of the Revolutionary Guard: “We will chase you [Israelis] house to house and will take revenge for every drop of blood of our martyrs in Palestine, and this is the beginning point of Islamic nations awakening for your defeat.” (2014)

Hossein Sheikholeslam, the secretary-general of the Committee for Support for the Palestinian Intifada: “The issue of Israel’s destruction is important, no matter the method. We will obviously implement the strategy of the Imam Khomeini and the Leader [Khamenei] on the issue of destroying the Zionists. The region will not be quiet so long as Israel exists in it …” (2014)