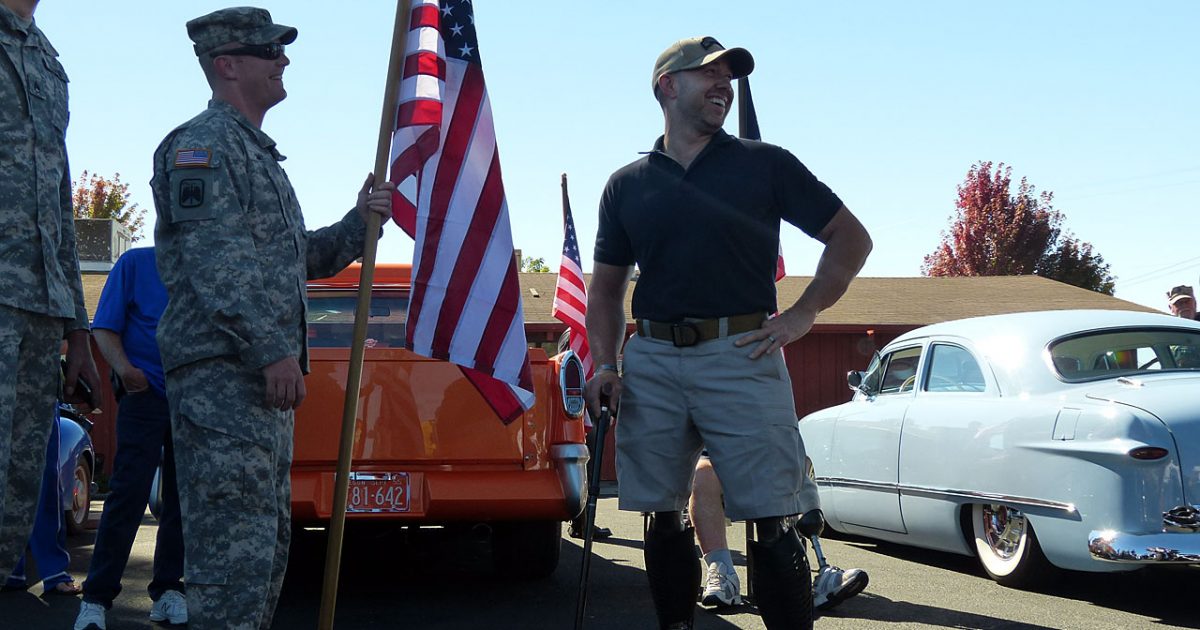 The GOP is hoping to pick up the Republican-leaning seat from outgoing Democrat Congressman Patrick Murphy, who barely beat then-Congressman Allen West (R) in 2012, and then soundly beat the GOP nominee, Carl Domino, in the 2014 mid-term elections.

What was very telling about Murphy’s 20 percentage point trouncing of Domino, was the fact that he was able to win in a Republican wave election.

Domino’s loss was the only nationwide exception for Republicans in closely contested congressional races.

Now Domino has decided he is running again in CD 18, and so are Martin County School Board member Rebecca Negron, and St. Lucie County Commissioner Tod Mowery.

For whatever reason, Domino believes that a 20 point election loss suggests that he has the necessary support to run for the same elected office in which he had his lunch stolen from him.

On member of the Florida congressional delegation even recently called Domino a “dud” and questioned why he would think about running again for congress.

This race is expected to get even more crowded, as  Shark Tank can confirm that former Secret Service agent, and former Senate and congressional candidate Dan Bongino will in fact run for the U.S. House of Representatives in this district as well.

The fiery Bongino, who has significant national name identification,  recently stated that he was moving to Florida because of family issues, and added that he was considering a run for congress to replace the outgoing Murphy.

Bongino’s run for office is imminent, as he is already holding campaign strategy meetings with some of his 2014 S. Florida campaign supporters.

While Bongino could be seen as the instant frontrunner in the Republican primary race, when, not if, he decides to run, could the fact that he decided jump on a plane in order to run for another congressional seat hurt him?

The New York-born, former NYPD cop moved to Maryland when he joined the U.S Secret Service, where he had the privilege of serving on the presidential details of Presidents George W. Bush and Barack Obama.

After leaving the Secret Service, Bongino decided to run for the U.S. Senate in Maryland. Bongino lost badly, but then shortly after his Senate loss, he decided that he would explore a run for governor in Maryland in 2012.

Instead of running for governor, Bongino decided to run for the U.S House of Representatives in Maryland’s 6th congressional district against incumbent Democrat Congressman John Delaney.

Bongino lost again, but this time by a very narrow margin.

Will the third time be the charm for Bongino?

In a congressional district where many U.S. Military veterans call home, and who supported former U.S Army  Lt. Colonel and Congressman Allen West in his 2012 re-election campaign, will an outsider like Bongino be welcomed with open arms, or will the voters in CD 18 look to embrace another former military type ?

According to the POLITICO, Mast is “strongly considering” a run for Congress in this congressional district.

Mast served under the Joint Special Operation Command as an Explosives, Ordinance and Demolition (EOD) bomb technician. In 2010, while his conducting an operation in Afghanistan with his Ranger detachment, Mast fell victim to an Improvised Explosive Device (IED). Mast both of his legs, and suffered a significant injury to his left arm.

Mast later went on to volunteer and serve with the Israeli Defense Forces (IDF) in Israel.

The talk around South Florida has been that Mast could run in Florida’s 22nd congressional district against incumbent Rep. Lois Frankel, but now word is out that he may actually run in CD 18.

Brian Mast didn’t fight back tears Memorial Day because of the legs he lost in Afghanistan in 2010, it was for the 67 friends he lost on the battlefield – a story he told during a keynote address at Lauderdale Memorial Park Cemetery. What Mast didn’t say: He’s “strongly considering” a run for CD-18, according to the former Army soldier’s friend and likely political consultant, Anthony Bustamante (an early Marco Rubio staffer in 2009 and husband of Gov. Scott spox Jeri Bustamante). Mast has garnered positive press from South Florida (where he was named an “Everyday Hero” before a Dolphins game last year  to Jerusalem (Source).

Bustamante said Mast has met with Palm Beach-area Republicans, and some have encouraged him to run for the seat Rep. Patrick Murphy is leaving to bid for the Senate. It’s a crowded GOP field already: Martin County school board member Rebecca Negron, St. Lucie County Commissioner Tod Mowery and former state Rep./2014 GOP nominee Carl Domino have filed. FOX pundit Noelle Nikpour and former Secret Service agent Dan Bongino might run as well. Those two would have to move to the district from out of state; Mast (a Fort Lauderdale-area resident) would have to move as well. But that’s nothing new: both Murphy and the congressman he defeated before him, Allen West, moved to the district to run for it.-POLITICO

In speaking to several Palm Beach area voters who have met Mast and heard him speak, they said that aside from the impressionable optics of having to wear two prosthetic legs, Mast’s inspiring message reminded them a lot of his fellow Army veteran, Allen West.

Could Mast be the next Allen West?

While it would be very hard to replace someone like Allen West, Mast could very well turn out to be the political heir apparent to the popular and highly respected former congressman from South Florida.

If both Bongino and Mast enter the race, as we expect they will, could they define this Republican primary?