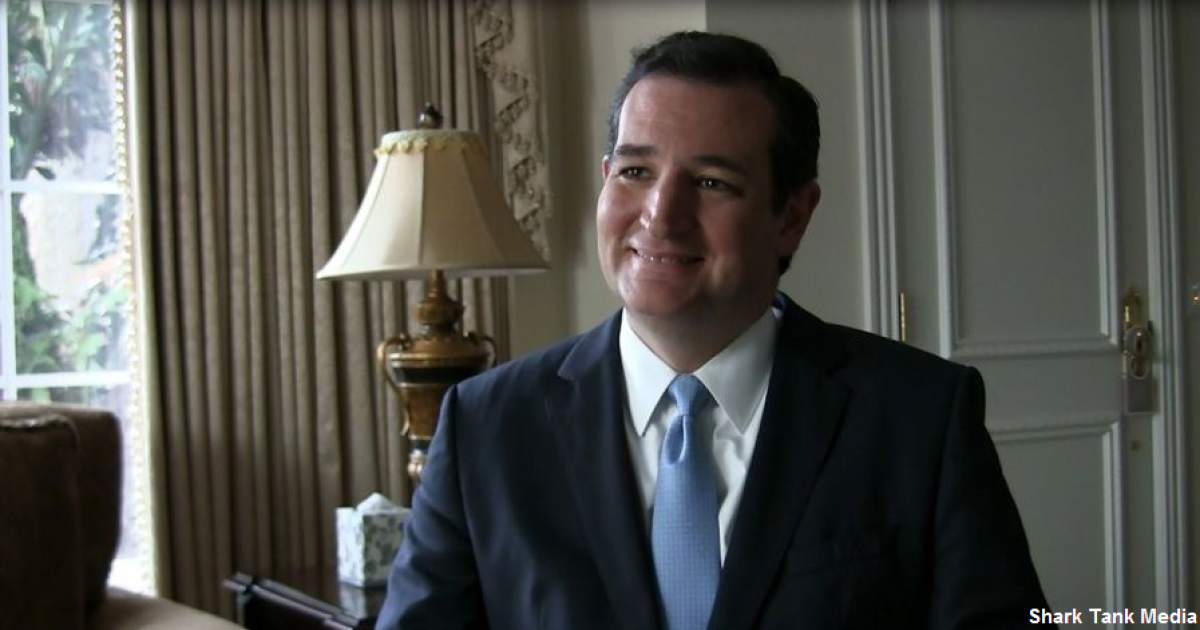 I am a fan of Jeb Bush.  I’ll give him credit for candor and consistency. He is running based on his views, his views are different than that of a lot of Republicans primary voters, but he is honest about it. –Sen. Ted Cruz

There are a lot of Jeb Bush supporters out there, as well as a lot of detractors.

One of those Jeb Bush detractors is an avid follower and reader of the Shark Tank, who as I was writing this story, tweeted that he felt he had “failed” as a parent because his daughter was “interested in getting involved with Jeb’s campaign.”

@michnic70 My daughter is interested in getting involved with Jeb’s campaign Apparently I have failed as a father. @THESHARKTANK1

@Bocalegend ‘s tweet was in response to another story on Jeb Bush where the Democrats attacked Jeb with a comparison video of him and his bother, President George W. Bush.

Needless to say, I got a chuckle out of the tweet, and thought it would be funny to post in this story.

Back to the story.

Cruz stated that the, “Obama administration has used “Race to the Top” money to force states to adopt Common Core standards, adding that there were “a lot of dollars connected” between the education program and the states.

It’s just like the drug dealer that goes to the junior high and gets a kid hooked saying, ‘just try it once.’ The federal government does that to the states with dollars-there are so many strings attached. –Sen. Ted Cruz

After discussing his views on immigration reform, where he stated that many of current and potential Republican presidential candidates have at one point supported a pathway to citizenship for illegal aliens,  he was been consistent with his views, and has not changed his mind like the others.

When asked about his views on foreign policy, Cruz stated the following:

“I think foreign policy ought to be dictated by the vital national security interest of the United States.

“If and when military action is required, number one, we should be reluctant to use military power — America always has been. You know it is worth noting the biggest country Reagan ever invaded was Grenada.

“But if and when we’re required to use military force, it should be with a clearly defined objective. It should be with overwhelming force, and then we should get the heck out. It is not the job of our soldiers, sailors, airmen, and Marines to transform foreign nations into democratic utopias. It’s [their] job to hunt down and kill terrorists who want to murder Americans before they can carry out jihad.”

The latest polls have Cruz trailing both Marco Rubio and Jeb Bush by at least 5 points, but like many politicos will agree, it is way too early to start picking a winner in this soon-to-be hotly contested 2016 Republican presidential race.

Here is the Cruz interview on Fox.