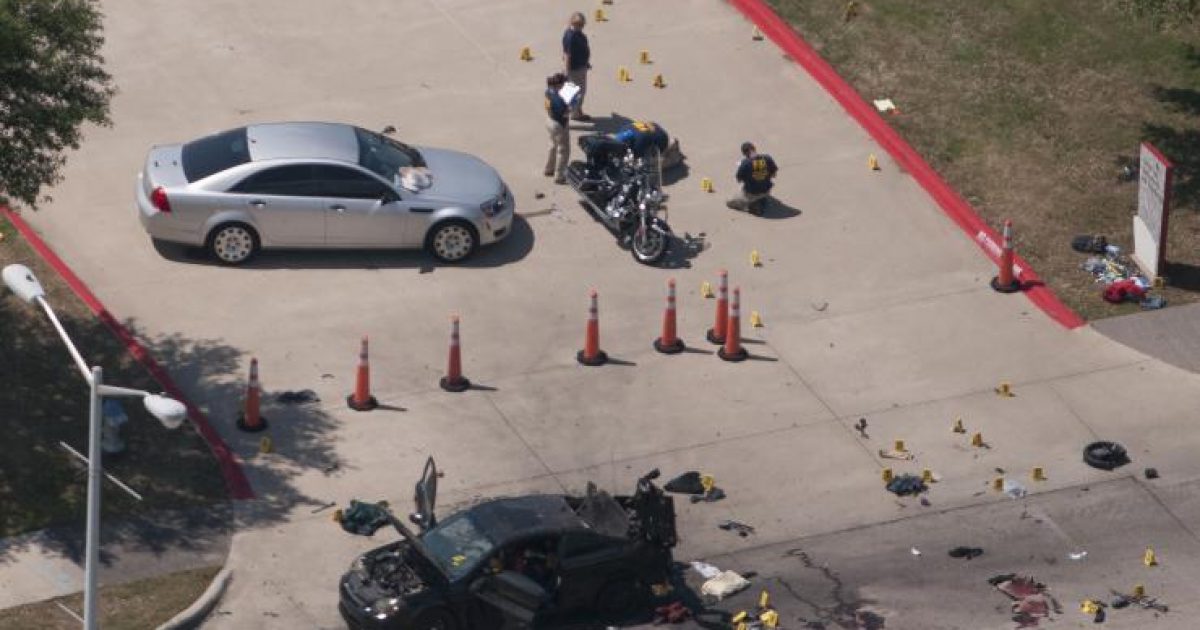 The Islamic State took credit for a thwarted attack at a Muhammed drawing contest in Garland, Texas on Sunday night.

According to SITE, a company that monitors jihadist groups, ISIS took credit for the attack in its latest edition of it al-Bayan news bulletin. They identified the suspects as “two soldiers from the soldiers of the Caliphate.”

The Associated Press reported the Sunni extremist group also warned of more attacks in the United States to come:

The statement did not provide details and it was unclear whether the group was opportunistically claiming the attack as its own. It was the first time the Islamic State, which frequently calls for attacks against the West, had claimed responsibility for one in the United States.

Per our previous report the men who have since been named Elton Simpson and Nadir Soofi came out of the car firing with assault weapons on Sunday at an Mohammed drawing event held by the American Freedom Defense Initiative.

Officers at the event fired back and killed the two men.

This was not the first time Simpson was in trouble with the FBI. Five years ago he was convicted for lying to federal agents about traveling to Africa where the investigators believed he was planning to join a terror group.

He was recorded talking about fighting with Islamist’s in 2007 when he said:

I know we can do it, man. But you got to find the right people that . . . Gotta have connects.

Despite the evidence the judge ruled the government did not adequately prove Simpson was joining a terror group and he was given three years’ probation for lying to investigators.

The court case can be read here: U.S. vs Simpson

It was further reported the two suspects were roommates at an apartment complex in Arizona.
0SHARES
14
SHARES
ShareTweet