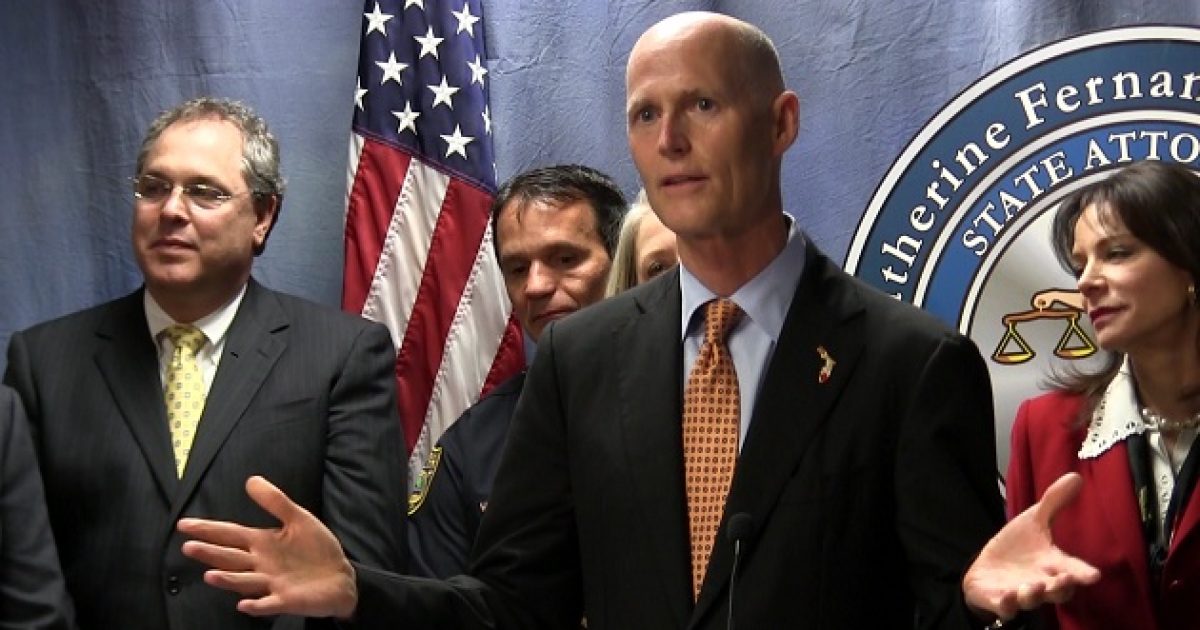 Gov. Scott is Ready to Sue The Fed’s Over Obamacare

On Thursday, Governor Scott announced his administration is prepared to file a lawsuit against the federal government for threatening to withhold more than $1 billion in funding for hospitals if the state does not expand Medicaid per POLITICO.

It is appalling that President Obama would cut off federal health care dollars to Florida in an effort to force our state further into Obamacare.

Governor Scott also said even though the 2012 Supreme Court ruling said it was up to states if they wanted to expand Medicaid under the new health care law he felt the federal government was putting a “gun to the head” of states that opted not to do so:

In response the Obama administration quickly accused Scott of misconstruing the court’s decision saying the state is not being forced to do anything.

It’s difficult to explain how somebody would think that their political situation and their political interest is somehow more important than the livelihoods of 800,000 people.

Let us not forget, Scott was the CEO of a very large hospital chain so one would think he would know if expanding Medicaid was beneficial to the residents of Florida.

Former Florida Governor and potential presidential contender Jeb Bush chimed in by saying he thinks Governor Scott and the federal government should come to a compromise.

The feds and the executive branch and representatives from the House and Senate ought to get together and try to forge a compromise.

Attorney General Pam Biondi released a statement on Thursday about the matter as well. It said:

We led the lawsuit that stopped the federal government from forcing states to expand Medicaid, and we will not sit by while the Obama administration holds hostage LIP funding in an effort to force expansion here in Florida.