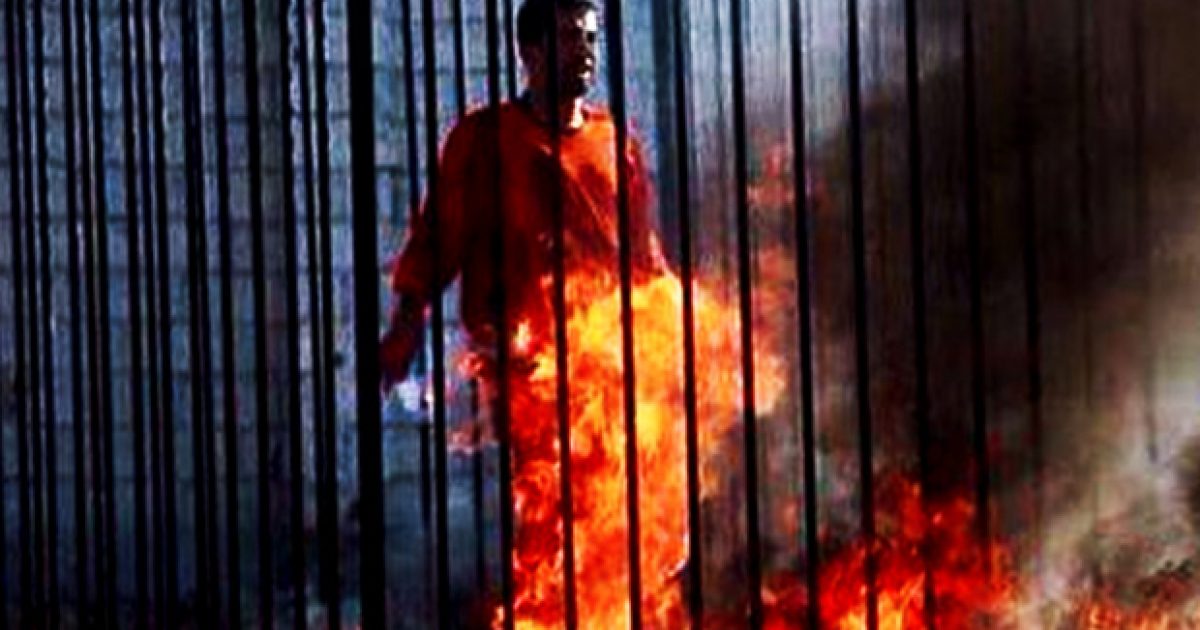 President Obama and the rest of the free world need to take notes from what the Jordanian government did in retaliation for ISIS killing its captured Air Force pilot, Lt. Muath Al-Kaseasbeh.

After ISIS released the video of Lt.Al-Kaseasbeh being burned alive, Jordan match the terror groups actions by hanging two Al Qaeda prisoners.
This is how things need to be done.

Government spokesman Mohammed al-Momani confirmed to the Associated Press that Jordan had executed Sajida al-Rishawi and Ziad al-Karbouly, two Iraqis linked to Al Qaeda. Another official told the AP that both prisoners had been hanged. The executions took place at Swaqa prison about 50 miles south of the Jordanian capital of Amman. At sunrise, two ambulances carrying the bodies of al-Rishawi and al-Karbouly drove away from the prison with security escorts….

In the video, viewed by Fox News, al-Kaseasbeh, showing signs of having been beaten and clad in an orange jumpsuit, speaks under clear duress. A narrator speaking in Arabic blasts Arab nations, including Jordan, for taking part in U.S.-led airstrikes against ISIS. The final five minutes of the video show the caged pilot, his clothing apparently doused in gasoline as the fuel is lit. His screams are audible as he collapses to his knees. After being killed, the burned man and the cage are buried by a bulldozer. The video ends with ISIS offering “100 golden Dinars” for any Muslims in Jordan who kill other Jordanian pilots, whose names, pictures and hometowns are shown.-Fox

So, what did President Obama have to say about all of this?

“It’s just one more indication of the viciousness and barbarity of this organization, “and I think it will redouble the vigilance and determination on the part of the global coalition to make sure that they are degraded and ultimately defeated.”

While military airstrikes are sure to be stepped up in a show of force, Obama is reluctant to commit combat troops to clean up ISIS, a move that elected officials, both Democrat and Republican, as well as military brass, say is necessary to defeat the Islamic terrorist organization.
0SHARES
58
SHARES
ShareTweet