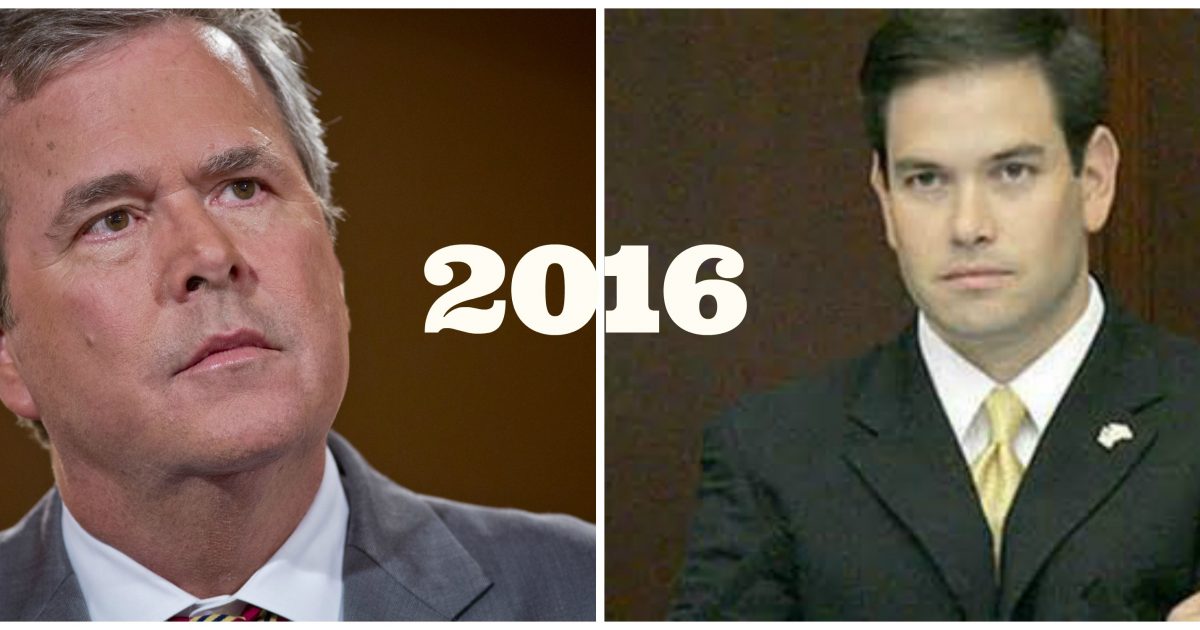 Marco Rubio (R-FL) has said Jeb Bush throwing his hat into the 2016 presidential ring will not deter him from running for President, if he chooses to make a run himself. One thing a possible Rubio run for President will do is mess up the Florida Senate race. Rubio has made it clear he will not run for President and Senate at the same time.

This has Florida Democrats already eying up his spot. Rollcall.com reported Representative Patrick Murphy was thinking about running and Representative-elect Gwen Graham could be a possible contender as well.

After Charlie Crist lost the gubernatorial race this year Democrats do not have a lot of candidates with statewide name recognition but that will not stop them from trying. Quite frankly if President Obama’s ratings are still low in next year Democrats will have a hard time winning any federal seats especially if they were previously held by a Republican but I have been proven wrong before.

If Rubio does not run for Senate again,  we mentioned before  that former Republican Congressman Allen West has expressed interest in running for his spot. It is said Allen West will be a shoe-in for the job because of his fundraising abilities and unmatched identification. It was Will Weatherford who messed up West’s reelection after all in 2012 when he chaired the map redistricting. Allen West was forced to change congressional district in because the redistricting made his current district really weak.

Rubio does not have to make up his mind until sometime in 2015, so we might not know anytime soon if 2016 is Allen West’s comeback year.