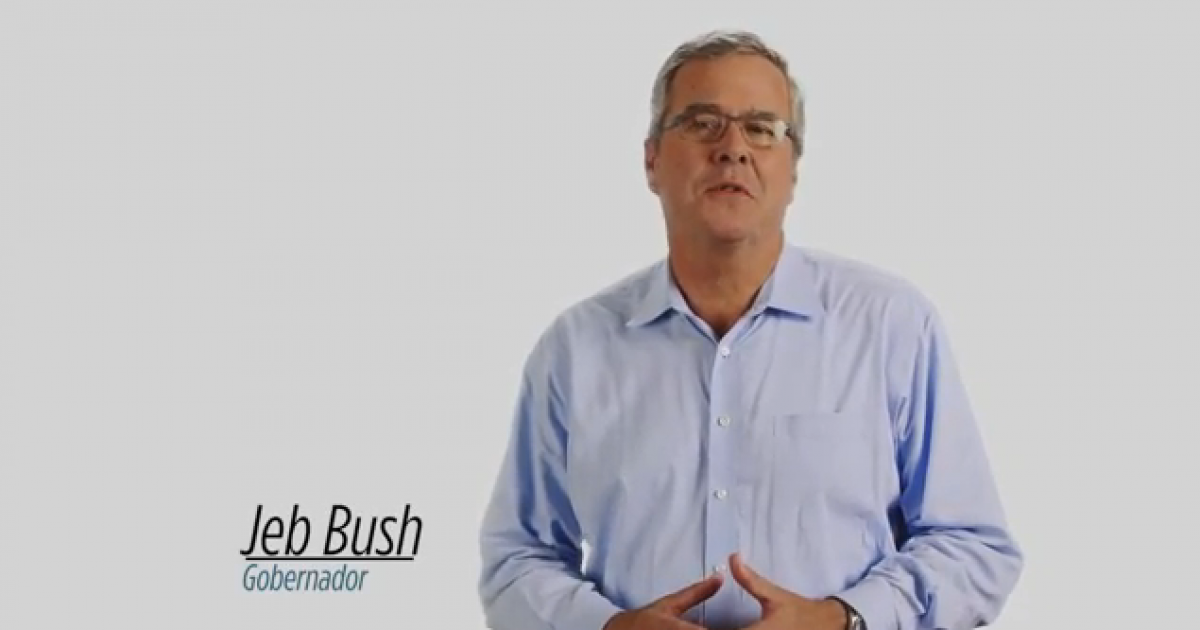 The Republican Party of Florida (RPOF) launched a new Spanish-language TV ad entitled “Resultados” for Governor Rick Scott. The thirty one second ad features former Florida Governor Jeb Bush and focuses on the main message of the campaign which is “results.”

GOVERNOR JEB BUSH: In my experience as Governor, I found that there are two kinds of politicians. Those that are driven by personal ambition and those that deliver results. Rick Scott delivers results. Under Rick Scott’s leadership, our state is moving forward again. Unemployment has been cut in half and more than 600,000 jobs have been created. And Rick is increasing our investment in education.

Look, the choice for me is easy. I’m voting for results. Rick Scott for Governor.

This is the ninth Spanish-language TV ad in support of Rick Scott. Just yesterday we reported the RPOF also put out an ad with former Miami Mayor Maurice Feree (D) and former Governor of Puertto Rico, Luis Fortunio (R) in support of Scott. You can read that article here.