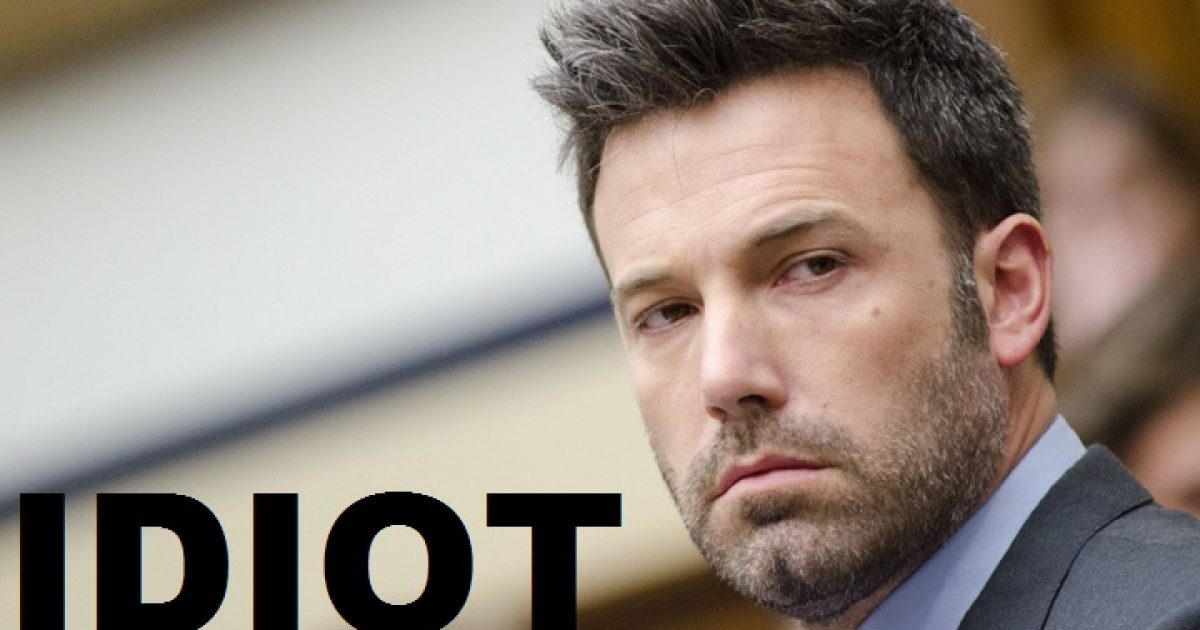 If you ever wondered how disconnected to reality liberal Hollywood really is, just take a moment to read what liberal actor Ben Affleck said about radical Islam during his recent appearance on HBO’s “Real Time with Bill Maher.”

The “Gone Girl” actor then asked, “Hold on — are you the person who officially understands the codified doctrine of Islam?” He continues with, “(Your characterization) is gross and racist. It’s like saying, ‘Oh, you shifty Jew!”

I must give credit where credit is due, even if it is to another head-full-of-rocks and flaming liberal, Bill Maher, who hit a homerun with his assessment of Islam.

“It’s the only religion that acts like the Mafia — that will f**king kill you if you say the wrong thing, draw the wrong picture, or write the wrong book.”-Bill Maher

And then it was dopey Ben Affleck’s turn to weigh in and show us all just how ignorant he really is.

“What is your solution? That we condemn Islam?…”We’ve killed more Muslims than they’ve killed us by an awful lot, and we’ve invaded more Islamic nations. But we’re exempted from these things?”-Ben Affleck

It is obvious that liberal Ben subscribes to President Obama’s foreign policy of weakness and appeasement.

What do those 3000+ innocent people that died on 9/11, and all of those dead US military personnel, who died fighting radical Islam, mean to Ben Affleck?