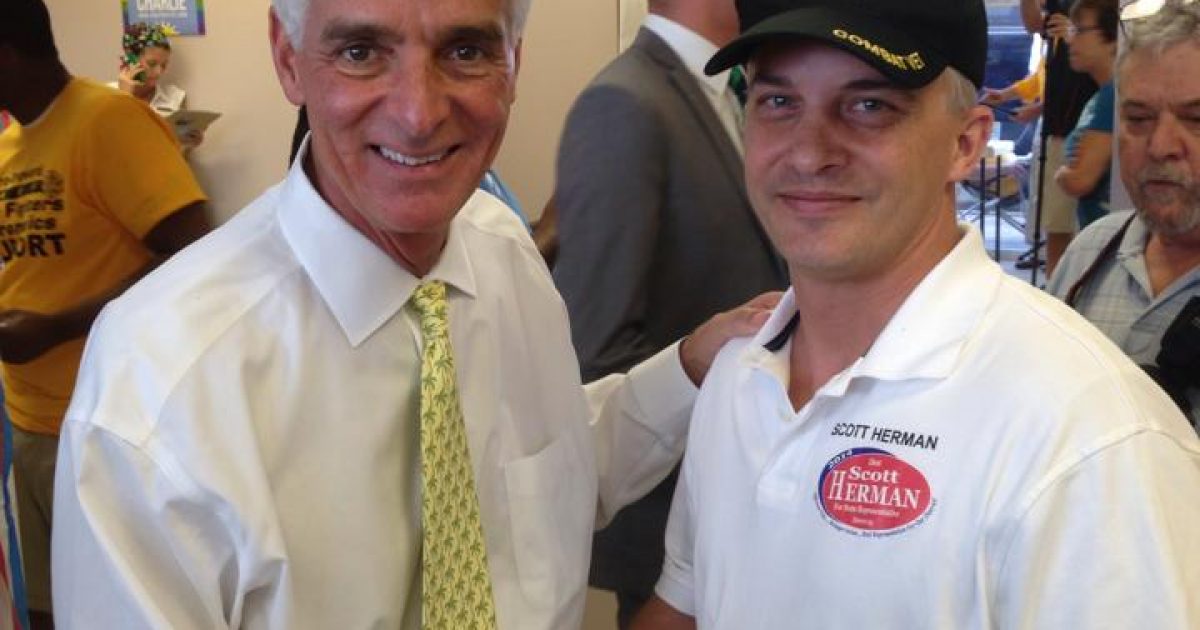 Charlie Crist Inspires Another Republican To Flip-Flop to Democrat Party

Herman has loaned himself $340,760, all of which comes from the fact that he was able to get that kind of dinero from his sugar momma, his wife.

But while Herman is grabbing all the attention for putting in his own money (wife’s) into the race, no one is talking about the fact that he ran as Republican for other state House race in 2012.

Yes my friends, we have another Charlie Crist flip-flopper on our hands.

During his failed 2012 run for office, Herman would be seen attending any and all Republican meetings and events, hoping that the GOP faithful would carry him to victory. (See details of his Republican candidacy here)

Was Berman ever a true Republican, or was he a phony (like Crist) all along?

Here is Berman sucking up to Democrats and his political mentor Charlie Crist.