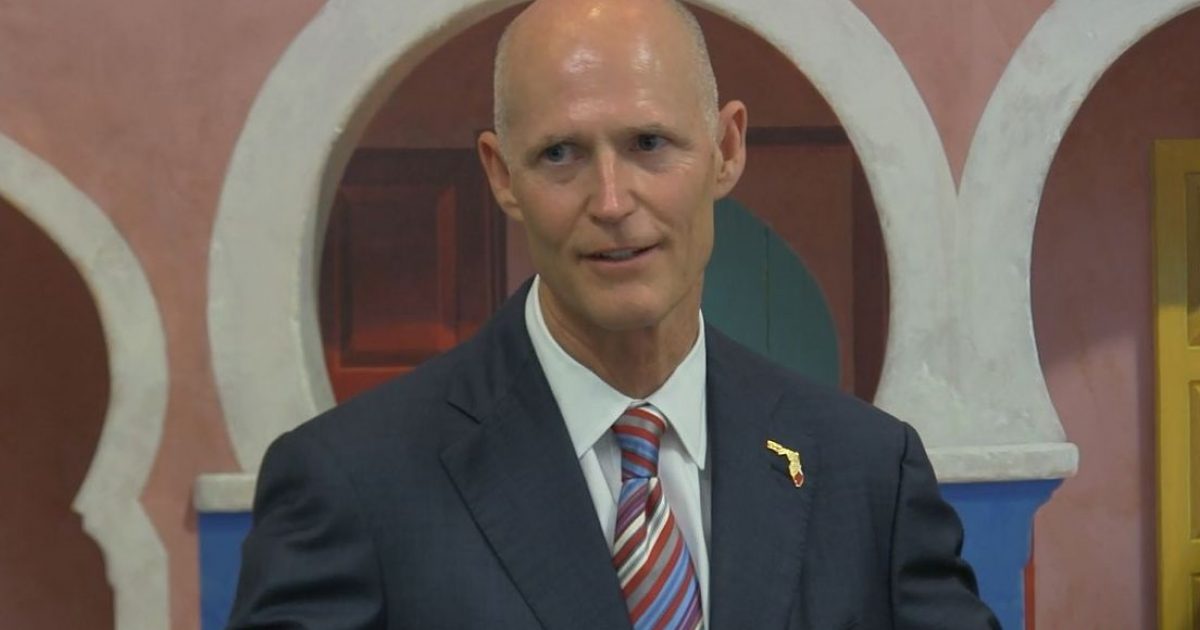 This is what happens when you have me, your lovable little fuzzball of a conservative reporter, booted from political events. Read more here and here.

A new poll conducted by Associated Industries of Florida could show the beginning of the end for Charlie Crist’s gubernatorial campaign hopes.

The new poll has Scott widening his lead over Crist to 47-41 in a head-to-head race. Throw Libertarian spoiler candidate Adrian Wyllie into the mix and the margin shrinks to 44-41.

This race will most likely boil down to which of these two men is the least unfavorable.
Recent polls seem to show that both Scott and Crist are not very well-liked by Floridians, but voters seem to be more willing to plug their noses and vote for Scott.

Only 41 percent of respondents view Crist favorably; 54 percent view him unfavorably, a trend that holds with key groups of voters.

With just Scott and Crist on the ballot, the incumbent governor leads with Hispanics by a 51-36 margin and voters not with a major party by a 41-31 margin. When other candidates are included, Scott’s lead with those voters sits at 50-37 and 36-28, respectively.

Scott’s favorable numbers have increased slightly, with 47 percent of respondents viewing him favorably versus 49 percent who view him unfavorably. Most polls have had his favorability number around 40 percent.

Associated Industries of Florida polled 1,000 likely voters from Sept. 4-7. Of those, 25 percent were contacted by cell phone. Polling cell phone users is more expensive, but deemed more accurate with younger voters who are using landlines with less regularity.