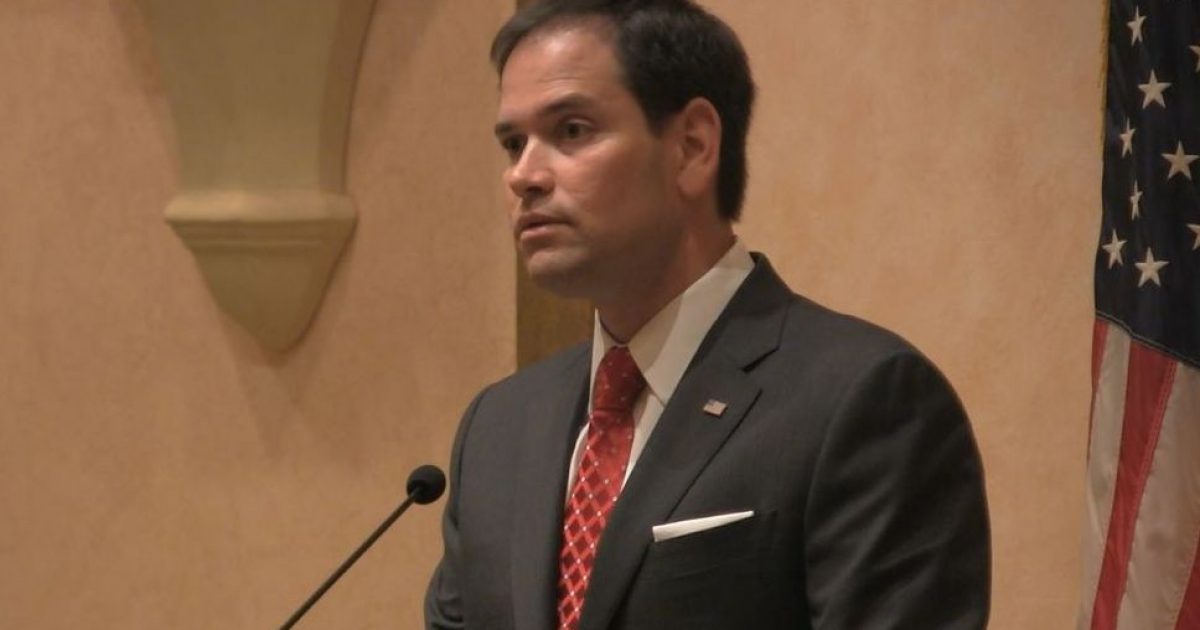 On Tuesday evening Senator Marco Rubio (R-Fl) called on Senate Majority Leader Harry Reid (D-NV)  to schedule a vote on S. 2142, otherwise known as the Venezuela Defense of Human Rights and Civil Society Act of 2014. This bill authorizes sanctions on individuals involved in serious human rights violations against the peaceful demonstrators in Venezuela.

The bill is currently being blocked from being unanimously passed by the full U.S. Senate because of Citgo, the Venezuelan regime’s wholly owned U.S. subsidiary.

By the way… in this body we have endeavored to address one of those challenges in Venezuela – an outrage, a place full of corruption and human rights violations, an anti-American government that does everything possible to undermine us and our interests, not just the interests of their own people… Do not allow lobbyists from the Venezuelan government to be able to come to Washington, D.C. and impede action on this matter

During the last couple of weeks Senator Rubio has also challenged Senator Mary Landrieu’s (D- LA) block of the bill as well.