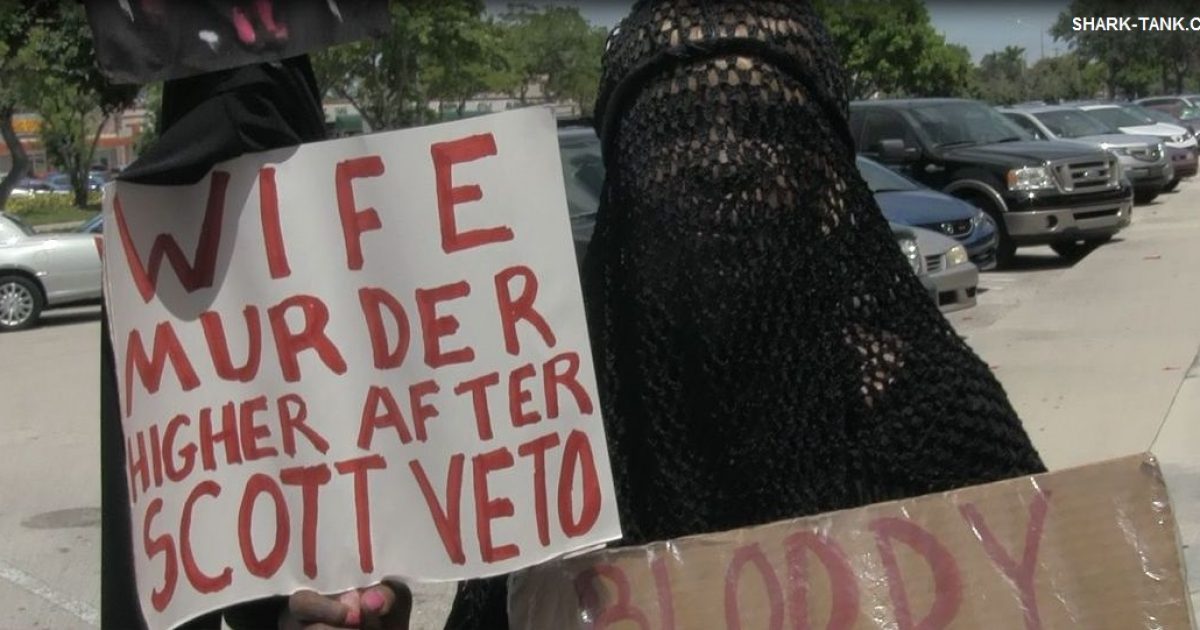 Florida Governor Rick Scott (R) may have to start worrying about another gubernatorial candidate who name isn’t Charlie Crist.

During one of Scott’s campaign stops in Coral Springs, Florida, Christine Timmon, who is running for Lieutenant Governor as a ‘write-in’ and Non-Party Affiliated (NPA) candidate alongside gubernatorial candidate Charles Tolbert, held a one woman protest of Rick Scott in the scorching Florida heat.

Dressed in what first appeared to be a black burka, Timmon made her case for why she was not supporting Scott, and why she was intent on defeating him this fall.

Timmon, who just happens to be a registered Republican and a member of the Broward Republican Executive Committee (BREC), made her case for her protest, but then in one instant, things went downhill for her.

I’m the one who wrote all the welfare reform laws for this country with Newt Gingrich, Dick Chrysler, and John Boehner -Christine Timmon

That’s right, Timmon is taking credit for writing every single welfare reform law that has ever passed in the U.S. Congress.

But wait, it got much better.

Timmon also took credit for stopping the drug cartels from doing business in the U.S., including the putting a damper on Pablo Escobar’s reign of terror and drug trafficking.

I’m the one that stopped the drug cartels, you notice you don’t hear them no more.-Christine Timmon

Timmon said that “he (Pablo Escobar) doesn’t have a place to sell drugs no more,” adding that “he can sell drugs all he wants, but not out of welfare houses.”

It was very clear at this point that Timmon was not aware that Pablo Escobar was killed in 1993.

Timmon’s remarks made even silly event promoter and former Rick Scott hater, Karin Hoffman, come across as just half loonie.

Grab your bag of popcorn and soda. This video is priceless.