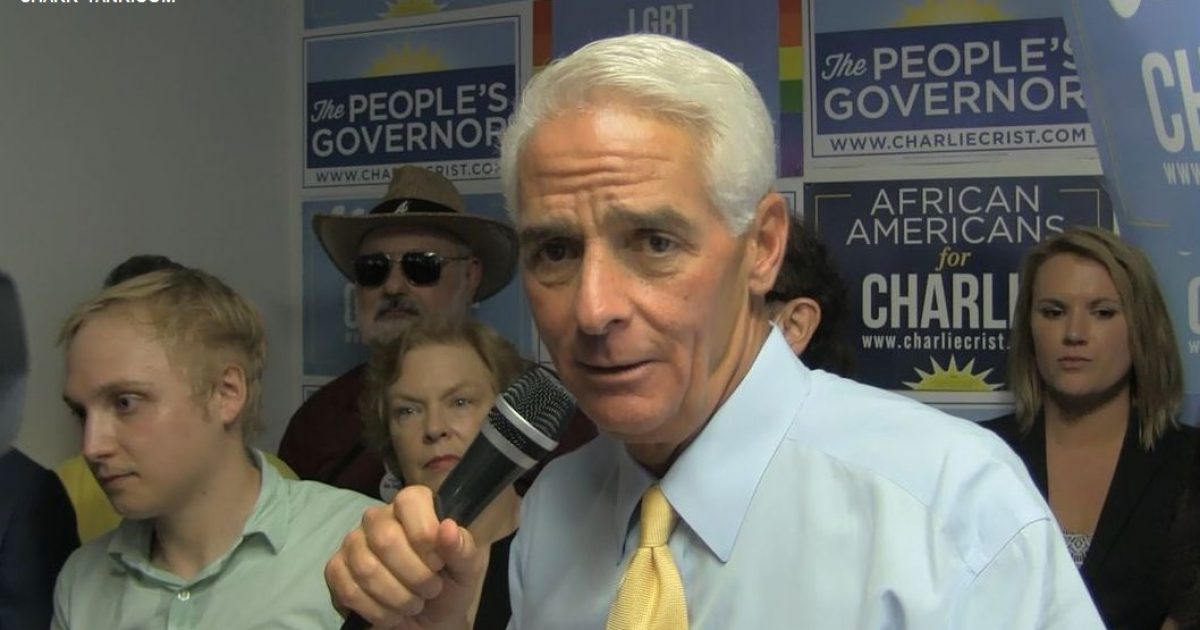 Crist and friends were greeted by Republicans holding signs in protest of his candidacy, as well as blaring the recent robocall ad, which features 2006 “chain gang
Charlie” bolstering his ultra-conservative views in 2006.

Republican state Representative Bill Hager was in also in attendance, and spoke about the recent poll in which Scott is leading Crist, as well as pointing out Scott’s accomplishment during his first term in office.

Hager believes that as Scott’s message is disseminated, Floridians will see the stark contrast between him and Crist, which will lead to Scott’s re-election.

Crist is right, he does have a record to run on, and Republicans have been bashing him over the head with this ever-changing record he speaks of. Crist reiterated his embrace of the Stimulus Act, as well as the Medicaid expansion under Obamacare.

Then Crist said this little morsel of political fodder, that will surely make Republicans fall over in laughter.

Its important to have an ethical governor-Charlie Crist

During a very brief news gaggle with reporters, Crist was asked about the recent Republican ad which paints him as being a politician for sale due to past association with jailed ponzi-schemer, Scott Rothstein.

Crist said the attack was an act of desperation by Republicans, but when asked about his own campaign ad, which states that Rick Scott “teamed up” with Scott Rothstein, Crist could only say that way Scott has “teamed up” with Rothstein was by “using him in his advertising.”