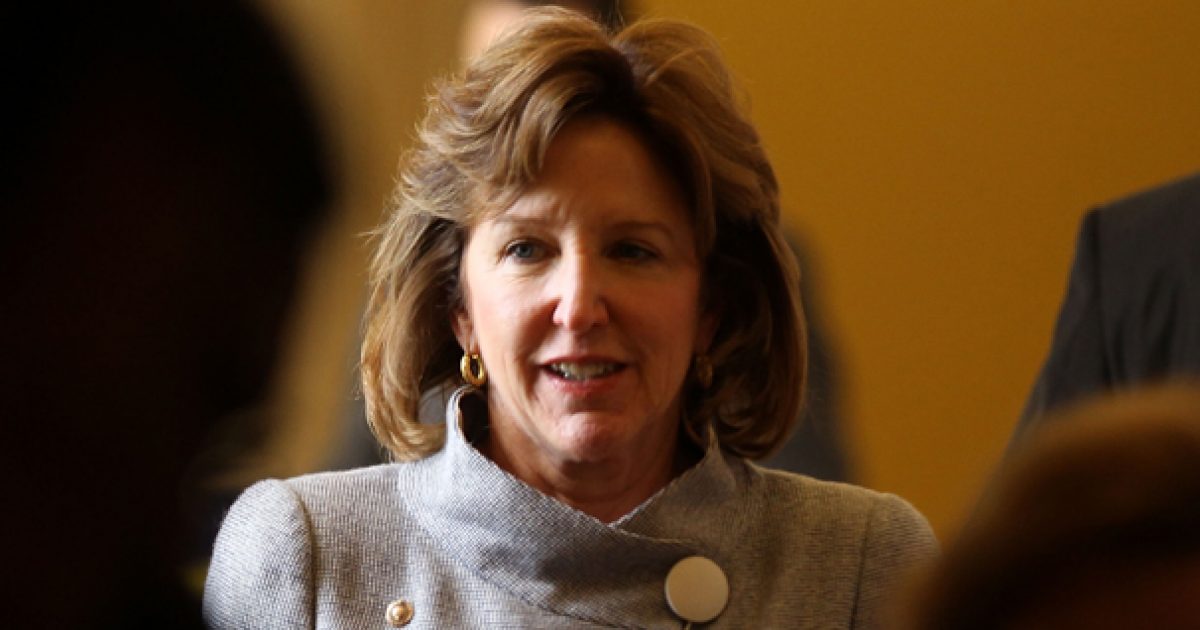 The Washington Examiner has taken U.S. Sen. Kay Hagan (D-NC) to the woodshed. And it isn’t pretty.

Some of the attack lines Sen. Kay Hagan is hearing this fall may sound familiar. She used them herself against her opponent six years ago.

As she faces a tough re-election fight, the North Carolina Democrat also faces a role reversal: Like Sen. Elizabeth Dole, the Republican she defeated in 2008, Hagan is a first-term senator being criticized by an upstart state legislator as “ineffective.”

Hagan’s Republican opponent, Thom Tillis, plans over the next few weeks to try to portray her as “one of the most ineffective senators in North Carolina’s history” because she has not introduced a bill during her first term that has been made law.

“Instead of working across the aisle to pass laws benefitting North Carolina families, Hagan has put her liberal special interest allies first, rubber-stamping President Obama’s failed partisan agenda 95 percent of the time,” Tillis’s communications director Daniel Keylin will say in a statement to be released Thursday.

In addition to Senator Hagan’s blatant hypocrisy, she has failed to accomplish anything. It wasn’t long ago that Kay Hagan threw stones attacking Elizabeth Dole for lack of accomplishments — and now Hagan’s record is quite empty. North Carolina voters need to know that Kay Hagan hasn’t sponsored a single piece of legislation that has become law. What has Kay Hagan been doing? Well, voting with Barack Obama’s radical progressive agenda 95% of the time.

Hagan rode Obama’s 2008 wave in North Carolina into the United States Senate. However, since her election, Hagan has been one of the least effective members of in the Senate. Unfortunately for her, Hagan’s most notable accomplishment was her deciding vote on Obamacare, which she still runs away from and won’t explain.

North Carolina deserves much better than an empty suit in the U.S. Senate. We already have that in The White House.