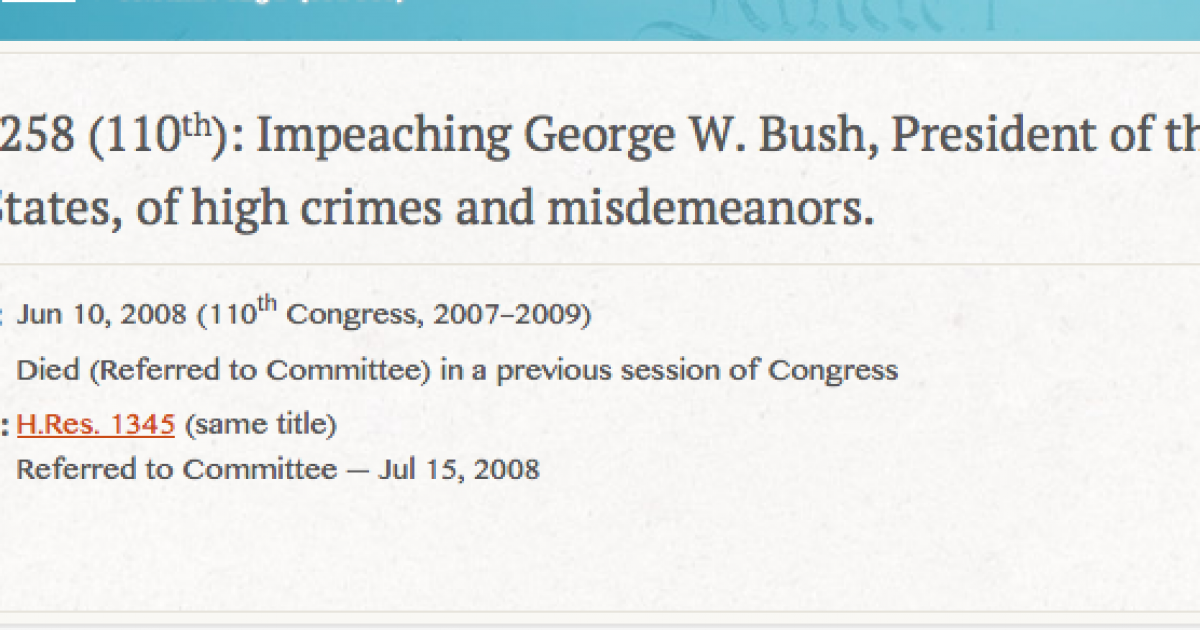 U.S. Rep. Sheila Jackson Lee (D-TX) argued on the House floor Wednesday that the Republican lawsuit against President Obama is nothing but a hidden attempt to impeach him. Lee scored Republicans said impeachment was something Democrats never did to President George W. Bush.

I ask my colleagues to oppose this resolution for it is in fact a veiled attempt at impeachment and it undermines the law that allows a president to do his job. A historical fact: President Bush pushed this nation into a war that had little to do with apprehending terrorists. We did not seek an impeachment of President Bush, because as an executive, he had his authority. President Obama has the authority.

I guess six years is a long time for Congresswoman Lee to remember. After all, the entire world changed when Obama was inaugurated in 2009!! But here it is, in black and white… the impeachment articles against George W. Bush. (h/t The Lid)