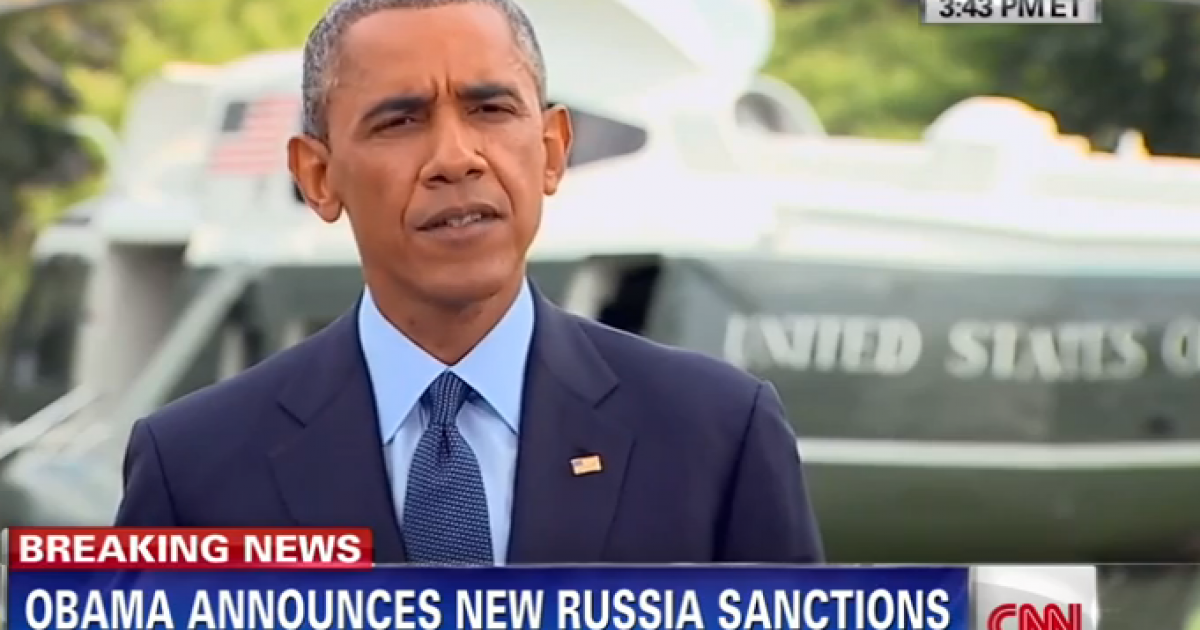 The United States and the European Union adopted a new round of significant economic sanctions against Russia on Tuesday to punish Moscow’s intransigence in the Ukraine conflict and the aftermath of the downing of Malaysian Airlines Flight 17.

The trade and investment restrictions that EU governments, after much agonizing, agreed upon mark a major escalation of sanctions against Russia, which so far have been mostly token measures targeting individuals. New measures hitting Russia’s banks, oil industry and military could increase financial strains in its already sluggish economy while withholding technology that the nation’s modernization relies on.

The U.S. followed the EU’s move by announcing similar sanctions against Russian banks as well as the energy, arms and shipping sectors. President Barack Obama hailed Europe’s adoption of its most significant sanctions yet against Moscow, saying the U.S. and EU steps would have “bigger bite.”

In response to a question about the larger relationship with Russia and the U.S., Obama brushed off suggestions that the world was receding to the past.

The rift with Russia is “not a new Cold War,” Mr. Obama said Tuesday. “What it is is a very specific issue related to Russia’s unwillingness to recognize that Ukraine can chart its own path,” he said.

Russia immediately responded with its own sanctions on the Polish agriculture sector and Russian lawmakers were set to expand their own penalties against Western governments.

Meanwhile, Ukrainian government troops have been largely successful taking most of Eastern Ukraine back from pro-Russian separatists and it appears the rebels are on the verge of a last stand in the eastern city of Donetsk.
0SHARES
19
SHARES
ShareTweet