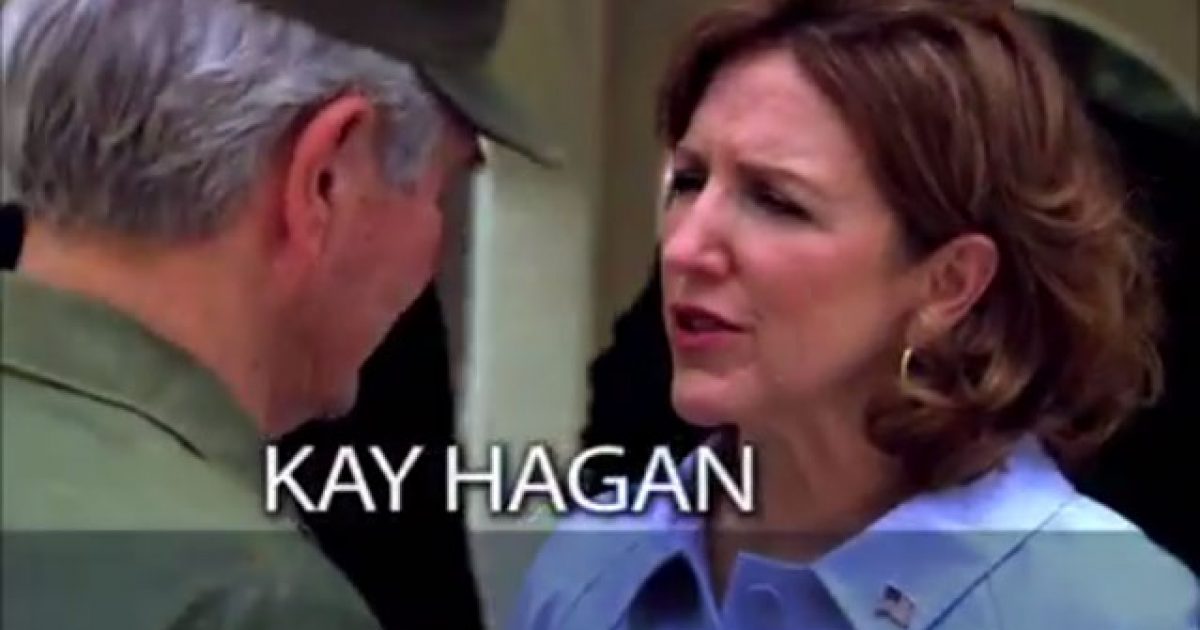 There should be a children’s game in North Carolina — Where In The World Is Kay Hagan? For someone running in her first re-election campaign, Hagan sure seems to be quiet on important issues that voters’ in North Carolina are concerned about.

Former senior IRS official Lois Lerner had deeply held political biases while she was in a position of authority, according to Republican lawmakers who unveiled emails on Wednesday showing her referring to conservatives as ‘crazies’ and ‘a**holes.’

Michigan Rep. Dave Camp, who chairs the powerful House Ways and Means Committee, wrote to Attorney General Eric Holder to demand what he called ‘a serious investigation’ – something he said has been lacking.

Camp wants Holder to appoint an outside special counsel to probe the culture of the IRS and explain why hundreds of conservative groups were subjected to intrusive questioning and years-long delays when they applied for nonprofit tax benefits – steps that were not taken against liberal organizations.

In fact, a majority of Americans want a special prosecutor for the IRS, yet Kay Hagan is strangely silent about the matter. Over a year ago, the National Republican Senatorial Committee sent the IRS a Freedom of Information Act request asking for “any and all documents or records, including but not limited to electronic documents, e-mails, paper documents, photographs (electronic or hard copy), or audio files,” related to correspondence from January 1, 2009 and May 21, 2013 between thirteen different Democrat members of Congress and top IRS officials – including North Carolina Senator Kay Hagan.

Kay Hagan herself originally feigned outrage calling for a “full investigation, and anyone and everyone who was aware of or involved in this needs to be held accountable.”

But it is a year later, there is more damning information coming out every day about the IRS targeting. However, Kay Hagan hasn’t said a word about the missing emails and is avoiding talking about the IRS scandal altogether. Is it surprising that Hagan has a close relationship with the IRS, accepting $7,500 from the National Treasury Employees Union, which covers IRS employees?

“Kay Hagan’s silence on the IRS scandal is another instance of her ineffectiveness,” said NRSC Press Secretary Brook Hougesen. “After originally demanding an investigation, Hagan has remained silent; deafeningly silent. Voters are familiar with Kay Hagan’s ineffectiveness and failure to follow through on the many promises that she makes, and her silence regarding the IRS further exposes that weakness. ”