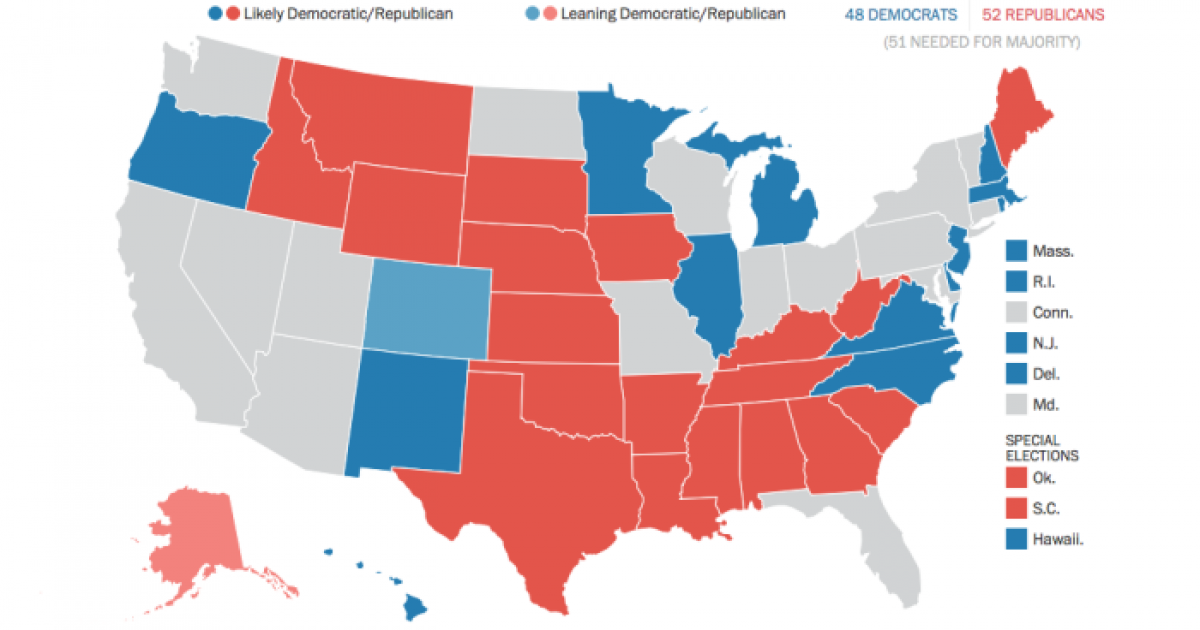 The Washington Post’s Election Lab — an election forecasting tool — has been updated today and now gives Republicans an 86 percent chance of winning a majority in the United Staes Senate in this November’s election.

The updated forecast for the Senate is perhaps more striking, of course. Our Senate model includes the same factors noted previously, but now also includes a polling average from various races that currently have sufficient polling data.

By itself, our forecasting model has always indicated that the GOP had a good chance of retaking the Senate. Nothing in the political landscape has shifted the model’s forecast. National conditions continue to provide headwinds for Democratic candidates. Most importantly, President Obama’s approval rating continues to be middling at best, and may even have declined slightly. Senate primaries have not yet produced the sorts of Republican candidates that arguably cost their party Senate races in 2010 and 2012.

This projection comes the same day as The Wall St. Journal reports that incumbent Senate Democrats are having financial difficulties in their re-election efforts.

Democratic candidates in seven of the most competitive Senate races are losing some of their fundraising advantage over their Republican opponents, latest campaign-finance reports show.

In the first three months of the year, most Democratic candidates in these races outraised their Republican challengers, many of whom still faced primaries that promised to drain some of their funds.

The latest reports, however, show that while Democrats in the aggregate still hold an advantage over their opponents in the seven races, it has diminished considerably in the last three months.

To round out the bad news for Democrats keeping the Senate majority, prognosticator Nate Silver wrote today that “Democrats Are in a Perilous Position in 2014 Senate Races.”