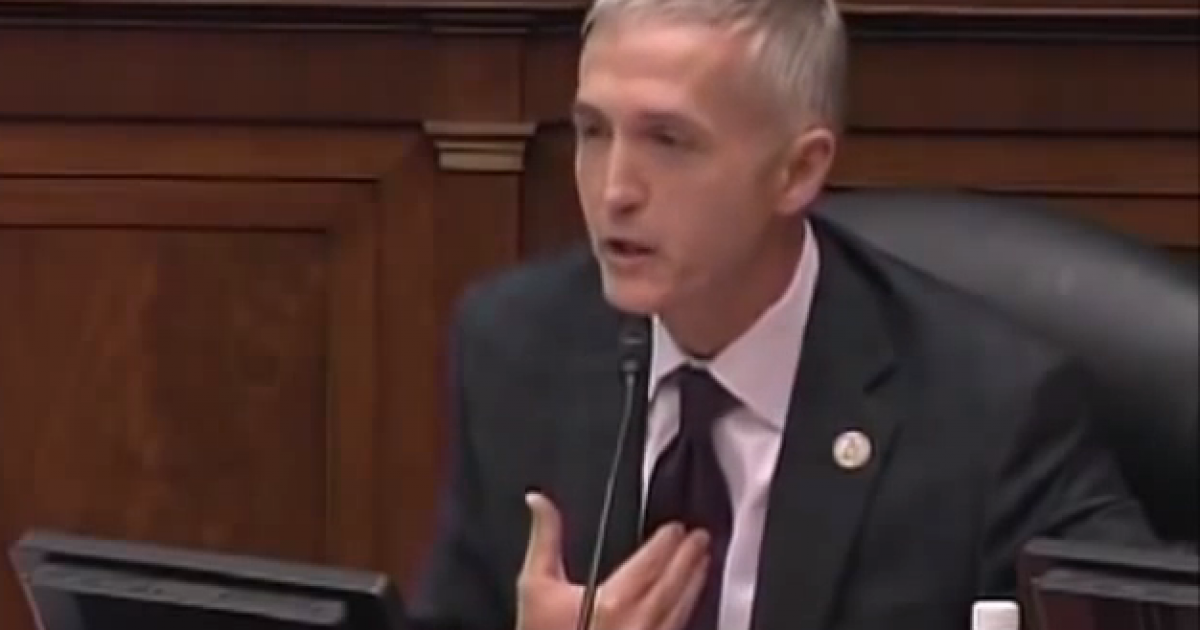 The Chairman of the Benghazi Select Committee, U.S. Rep. Trey Gowdy (R-SC) had a rare interview with USA Today over the weekend regarding the work of his group.

Two months after the House of Representatives chartered a new committee to investigate the 2012 Benghazi attacks, the panel will begin getting down to work in July, Chairman Trey Gowdy said, but it will not be in a hurry to make headlines.

“We live in a society and a culture that likes to move pretty quickly, so I’m sure that there are some out there whose expectations for speed are not matching the reality,” The South Carolina Republican told USA TODAY in an interview, “It is tough to get a committee from not existing to up to running at the legal speed limit.”

The panel has secured Capitol Hill office space, set up a website and hired nearly half of the roughly 30 staffers expected to assist the committee’s investigation.

Hiring has been slow in part because of the need to acquire security clearances, and progress has been made quietly under Gowdy’s directive to be deliberative in an investigation that has deeply divided the two political parties.

Gowdy is trying to avoid the appearance of politics in the Committee’s work and to some extent he’s succeeded in his partnerships with Ranking Member Elijah Cummings.

He said he is trying to hire non-partisan investigators with no political agenda and to reach out to the panel’s ranking member, Elijah Cummings, D-Md., to ensure that the minority has a role in the investigation. House Democrats reluctantly agreed to participate in the 12-member investigative panel.

“I have a great working relationship with Chairman Gowdy, and I am hopeful that this will be the serious, neutral fact-finding investigation that he has promised,” Cummings said in a statement to USA TODAY.