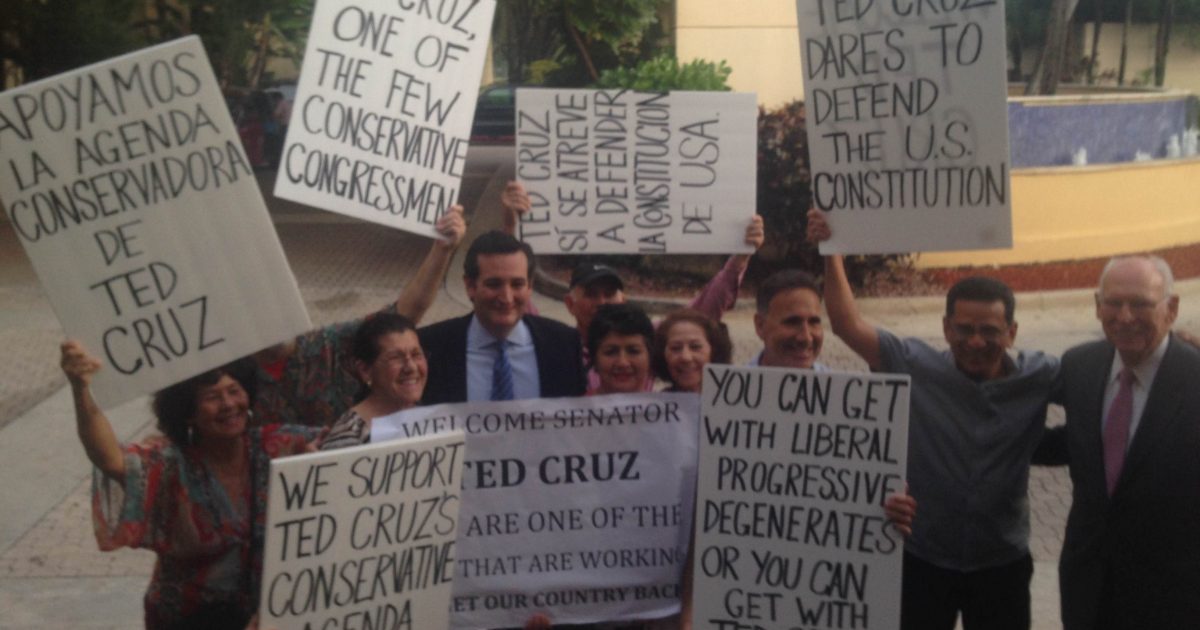 Senator Ted Cruz was in Miami this past weekend, to speak at the Miami-Dade Republican Executive Committee’s Lincoln Day Dinner, where his speech to the GOP faithful garnered him several standing ovations and praise from several skeptics of his, who attended the dinner to see “fireworks” from the freshman U.S. Senator.

Prior to the event, and shortly after speaking to reporters, Cruz posed for a picture or two with several of his Miami-based supporters, who were waiving pro-Cruz signs along the street, and later brought their love for Cruz to the dinner venue.

To show his gratitude for their support, Cruz invited his supportive “Gang of Eight” to sit down and break bread with everyone else. The group had not paid for tickets, and were merely there to show their allegiance to him.

Miami-Dade GOP state committeewoman, Liliana Ros, a close friend and  staunch supporter of Senator Marco Rubio, took to the stage to express her support for her “hero” and “favorite Senator,” Ted Cruz.