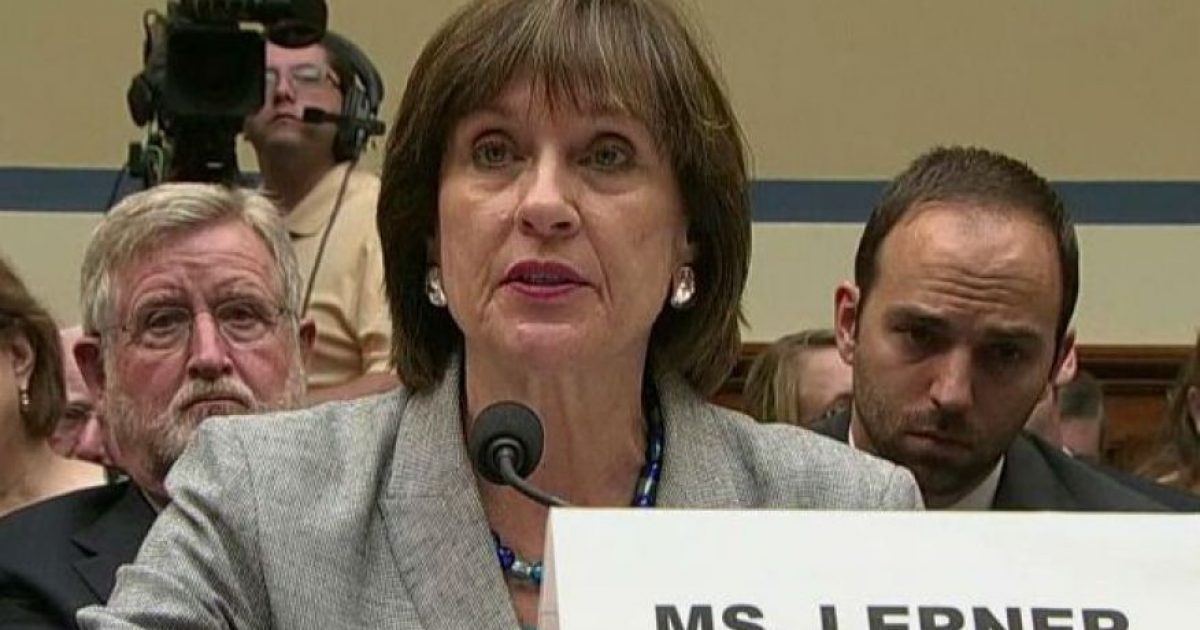 As part of the typical Friday data dump, the Internal Revenue Service publicly disclosed that it does not have two years’ worth of emails from Lois Lerner — the key figure in the IRS scandal. Blaming a “computer crash,” the agency only has Lerner emails to and from other IRS employees during this time frame. The IRS claims it cannot produce emails written only to or from Lerner and outside agencies or groups, such as the White House, Treasury, Department of Justice, FEC, or Democratic lawmakers’ offices.

House Ways and Means Chairman Dave Camp (R-MI) was furious at the news.

“The fact that I am just learning about this, over a year into the investigation, is completely unacceptable and now calls into question the credibility of the IRS’s response to Congressional inquiries. There needs to be an immediate investigation and forensic audit by Department of Justice as well as the Inspector General.

“Just a short time ago, Commissioner Koskinen promised to produce all Lerner documents. It appears now that was an empty promise. Frankly, these are the critical years of the targeting of conservative groups that could explain who knew what when, and what, if any, coordination there was between agencies. Instead, because of this loss of documents, we are conveniently left to believe that Lois Lerner acted alone. This failure of the IRS requires the White House, which promised to get to the bottom of this, to do an Administration-wide search and production of any emails to or from Lois Lerner. The Administration has repeatedly referred us back to the IRS for production of materials. It is clear that is wholly insufficient when it comes to determining the full scope of the violation of taxpayer rights.”

Camp has been investigating the alleged violation of privacy and civil rights by the IRS against conservative groups and individuals following the Citizens United Supreme Court decision in 2010.

Surprisingly, even The New York Times has discovered the story today even though it broke on Friday afternoon.

The I.R.S. initially provided 11,000 of her emails that it deemed directly related to the applications for tax exemption filed by political groups. Under pressure from Republican leaders, John Koskinen, the I.R.S. commissioner, agreed to provide all of Ms. Lerner’s emails but said that doing so might take years. Since then, the I.R.S. has provided roughly 32,000 more emails directly from Ms. Lerner’s account.

After the agency discovered that its initial search of Ms. Lerner’s emails was incomplete because of the computer crash, it recovered 24,000 of the missing messages from email accounts on the other end of Ms. Lerner’s correspondence, the I.R.S. said.

Although Mr. Koskinen had indicated in congressional testimony that I.R.S. emails were stored on servers in the agency’s archives and could be recovered, the agency said on Friday that was not the case.

The agency said that because of financial and computing constraints, some emails had been stored only on individuals’ computers and not on servers, and that “backup tapes” from 2011 “no longer exist because they have been recycled.”

Many tech experts took to social media over the weekend to dispute the possibility that these emails are gone forever given strict email backup protocols in the public and private sectors.