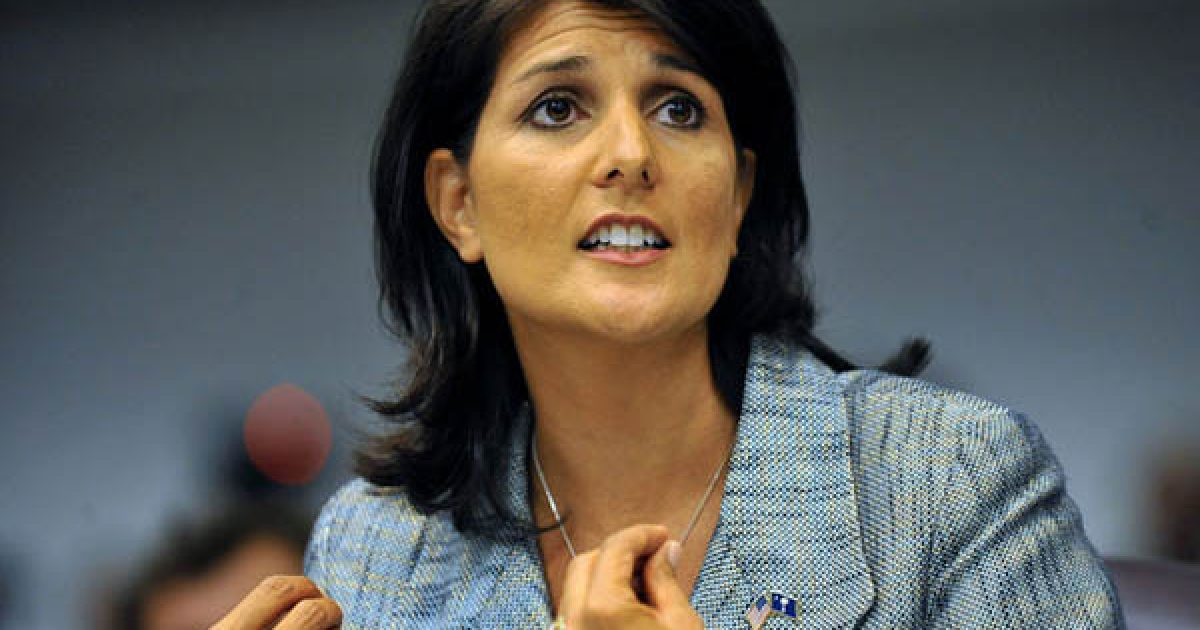 Many residents of Upstate South Carolina have moved over the border from North Carolina over the past decade.  The reason?  Lower property taxes, lower gas tax, and a more reasonable cost of living.

Haley’s suggestion goes far beyond a budget proposal that she made in January to eliminate the 6 percent bracket in South Carolina’s income tax. That move, which has not been approved by legislators, would have cost the state nearly $27 million in revenue while resulting in about $29 in annual savings for most South Carolina taxpayers.

South Carolina is expected to collect roughly $3.3 billion in income taxes during the next fiscal year, an amount equaling about half of the state’s general fund budget.

Haley offered no suggestions on how the state would replace the income-tax money.

Sen. Kevin Bryant, a Republican from Anderson, said Haley’s suggestion to eliminate the state income tax was music to his ears.

North Carolina phased in a dramatic income tax reduction at the beginning of 2014.  Three income tax brackets ranging from 6.0 to 7.75 percent were reduced to a single rate of 5.8 percent on all income levels.  This will obviously put pressure on South Carolina in the competitive race to attract new jobs to the region.  In addition,  Florida, Texas and Tennessee are all Southern neighboring states with no income tax.
Without offering an alternative to Haley’s bold proposal, her Democratic opponent State Sen. Vincent Sheheen simply dismissed the idea as election-year politics.