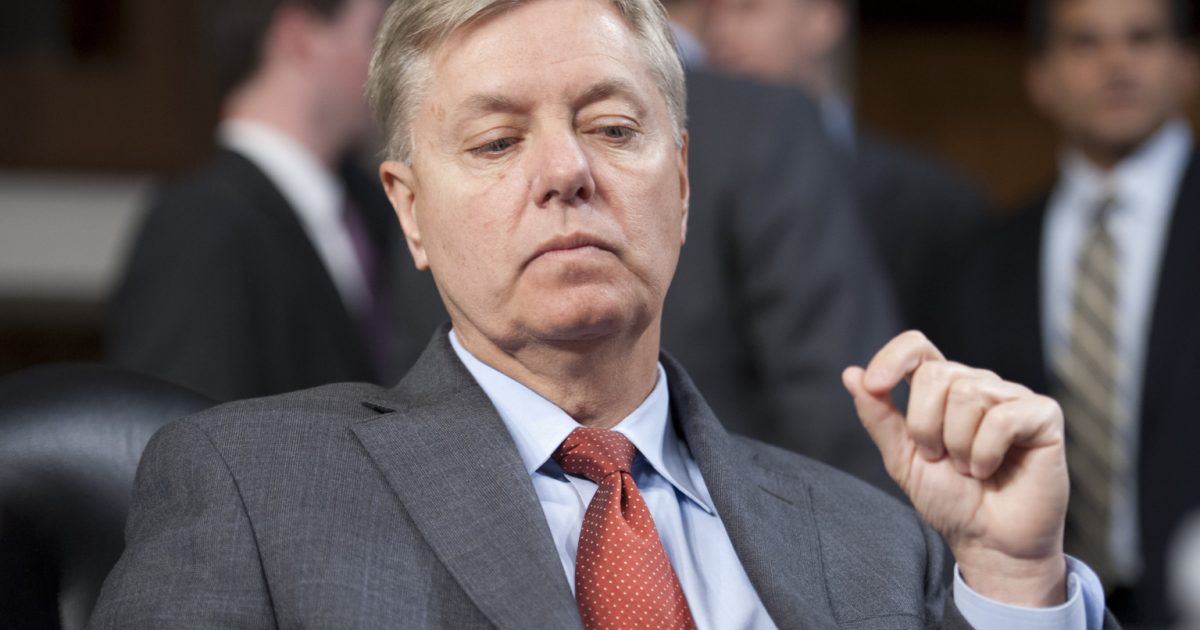 Will Lindsey Graham Avoid A Runoff?

However, a new poll suggests that the years-long attempt to oust Graham may fall short.

The question for South Carolina Sen. Lindsey Graham has never been whether he’ll win his June 10 primary against a half-dozen relatively unknown challengers — it’s whether he can get to the 50 percent necessary to avoid a runoff. A new poll suggests he can. The survey, conducted by TargetPoint for the right-leaning 501(c)(4) Citizens for Responsible Energy Solutions and obtained by Score, put Graham at 56 percent, with his nearest opponent, Richard Cash, far behind at 7 percent. Of the other candidates, state Sen. Lee Bright took 6 percent, businesswoman Nancy Mace took 5 percent, pastor Det Bowers took 4 percent, and both Bill Connor and Benjamin Dunn were at 1 percent. (Fourteen percent of those surveyed said they were undecided.)

However, the TargetPoint poll seems to differ with a variety of previous surveys of likely GOP primary voters pointing toward Graham only in the mid-to-high 40 percent range.  Graham would face a one-on-one opponent on June 24 if he fails to get above 50 percent of the vote on June 10.