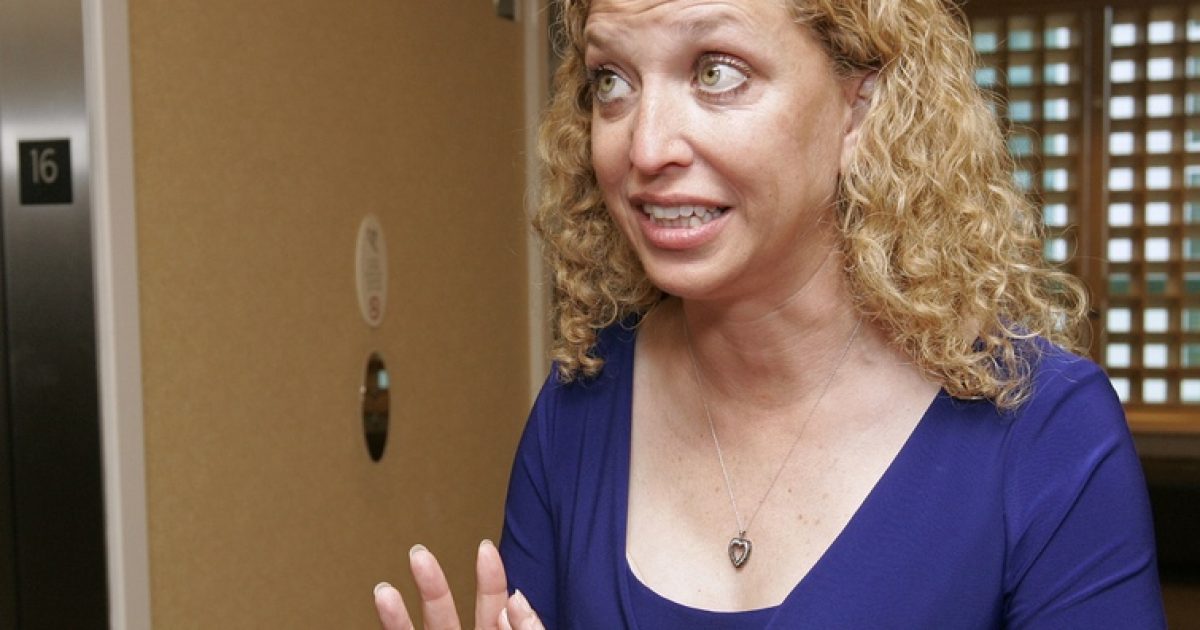 AIPAC Flip-Flops, Covers Wasserman Schultz After She Refuses To Give Straight Answer On Sanctions

Debbie Wasserman Schultz (D-FL) has angered many Florida Jewish community leaders by flip-flopping on her support for sanctions.

“The conflicting statements are a sign that Wasserman Schultz is torn between her support for the White House, which opposes the sanctions, and her constituents, who are less convinced of Iran’s good intentions and more supportive of tough congressional action.”

AIPAC previously sent Wasserman Schutlz a letter asking her to clarify her position on the issue. But subsequently, AIPAC’s Southern director Mark Kleinman wrote a second letter. This one, penned on January 24, defended Wasserman Schultz.

Kleinman wrote, “Friends, I wanted to forward a statement issued by AIPAC national board member Ike Fisher after the Huffington Post released an inaccurate article regarding AIPAC and Congresswoman Debbie Wasserman Schultz.”


He then attached a statement from board member Fischer that said, “Congresswoman Wasserman Schultz has a strong record of support for the U.S.-Israel relationship. She is a good friend of Israel and a close friend of AIPAC, and we look forward to our continued work together for many years to come.”

Fischer donated at least $3,000 to Wasserman Shultz in the 2010 election cycle.

One Florida source, who has been involved in the pro-Israel movement, told the Free Beacon, “I found [the letter] shameful on several levels. First, AIPAC reversed course with respect to Wasserman Schultz using an unsubstantiated allegation that the Huffington Post story was inaccurate, after having called for its members to ask the congresswoman about her lobbying of Democrat colleagues against Iran sanctions.”

The source continued, “Why? Was AIPAC pressured by Wasserman Schultz or other high-level Democrats? Furthermore, I find it outrageous for Fisher to use his position as an AIPAC national board member to provide cover for Wasserman Schultz and in effect the Democratic Party without any disclosure of his clear partisanship and support for Obama.”

Another pro-Israel source said AIPAC’s flip-flop is “clearly a problem for them. One of these letters shows their incompetence; we’re just not sure which one it is.”
0SHARES
137
SHARES
ShareTweet

VIDEO FLASHBACK: Biden ‘Promised’ There ‘Will Be No Longer a Nord Stream 2’ if Russia Invades Ukraine
DC Clothesline