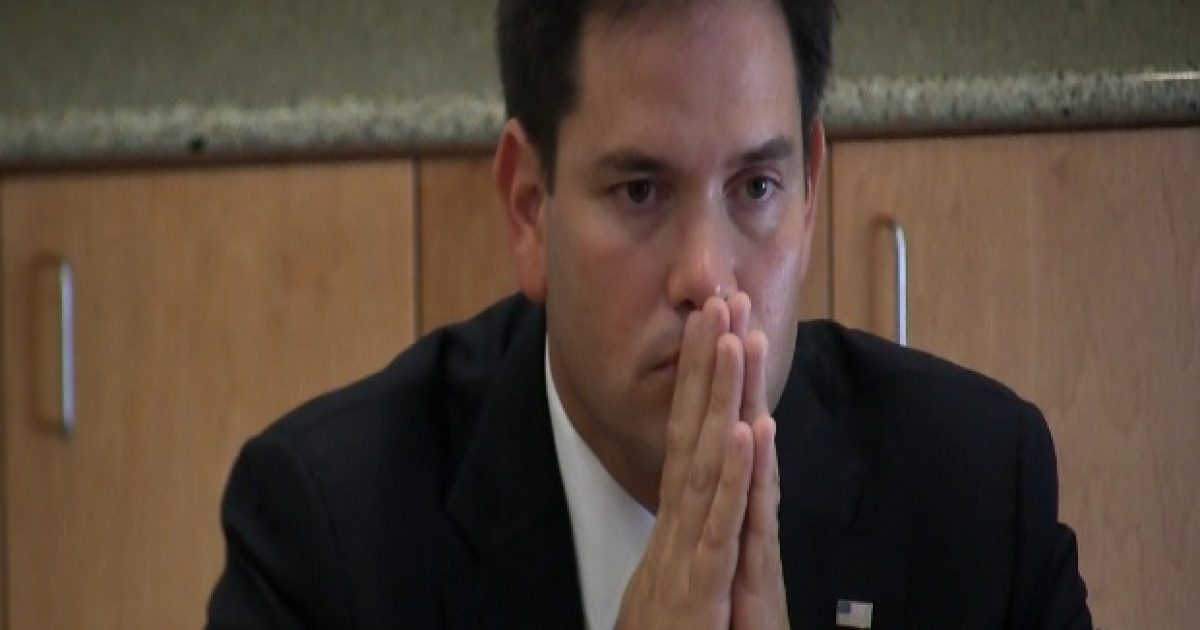 The ever-c0lorful, and controversial Tampa Bay Times, has easily called Senator Marco Rubio, their choice for 2013’s loser of the year.

While I don’t agree that Rubio is the loser of the year, I will say that Rubio made a compelling case for himself, and his year was more like that of his beloved Miami Dolphins, who turned out another lackluster football season. Boy, do the Dolphins really stink.

Once thought to be the future of the Republican Party, and the one that could and would beat Hillary Clinton in the 2016 Presidential election, Rubio managed to commit one of the biggest unforced errors in political history.

Rubio was at the top of his game, until the immigration reform debate took form. Instead of offering his own immigration reform bill, one that would encompass his pro-legal immigration position, he nestled into bed with the devil, and his demonic stooges, Senators John McCain, Lindsey Graham, Chuck Schumer, and Dick Durbin, and offered Americans a whopping amnesty bill that only served to enrage them, and paint himself as a pro-amnesty hack.

Rubio desperately switched gears into conduct damage control, after realizing the mistake he had made. His own staffers from the very top, to the ones at the state level, were out trying to put out the grassroots fires Rubio started, but to no avail.

Rubio had done irreparable damage to his brand.

Some within Rubio’s political circles believed that this would blow over, but this screw up will transcend far beyond 2013, and possibly affect his chances of winning the GOP presidential nomination, if he decides to run for re-election, or for higher office in 2016.

The Republican Party, which was once considered to be Rubio’s party, is now that of the likes of Ted Cruz, Rand Paul.

Now in all fairness, Rubio supports conservatives and conservative causes 95 percent of the time, including his recent showing of how hawkish he is on foreign affairs, and with the recent repeal Obamacare movement.

But while most Americans praise him over his accomplishments and bona fide conservative voting record, his position on immigration reform, and co-sponsoring of the amnesty-lite Gang of Eight bill in the Senate, have become the political anvil permanently strapped to his ankle.