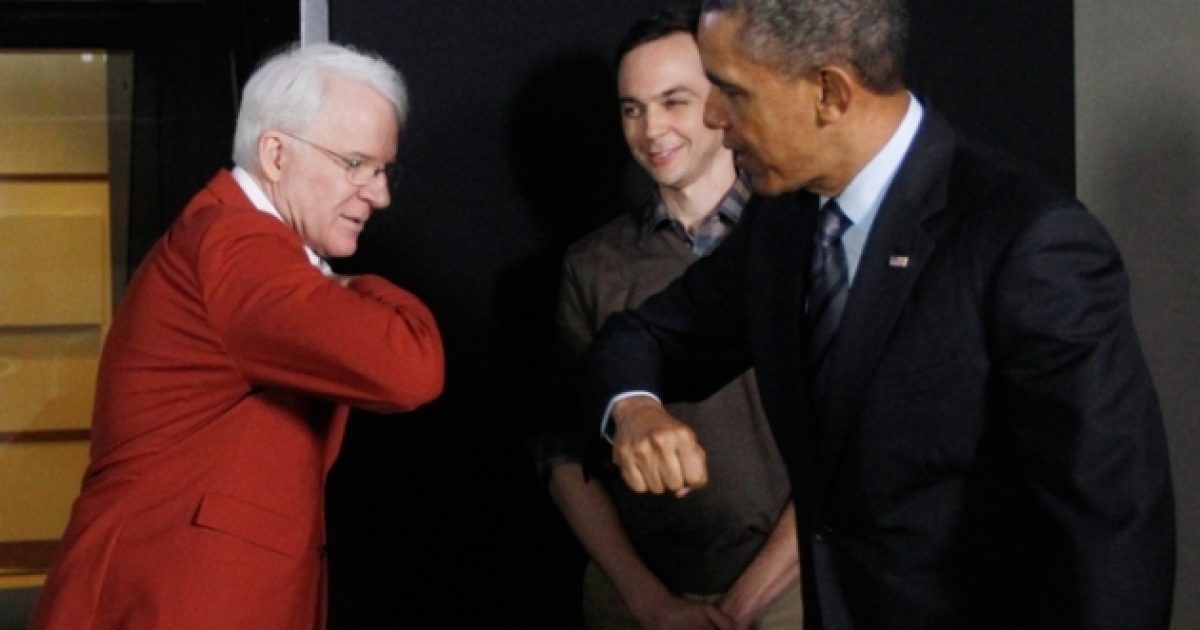 What if a Conservative or Republican would have tweeted this?

Liberal comedian Steve Martin made a racially insensitive statement on Twitter, which he quickly deleted, but not after the damage was done.

Here is what TMZ reported:

According to TMZ the 68-year-old comedian was having fun with grammar jokes onTwitter when a follower asked him, “is this how you spell lasonia?”

“The Father of the Bride,” actor responded, “It depends. Are you in an African-American restaurant or at an Italian restaurant.”

The original tweet had already gone viral and Martin once again asked for forgiveness. “I did apologize.  But again, a second later I realized what an offensive thing I’d done … In retrospect, bad joke.”-Fox

Of course we have all made off-colored remarks that have gotten us in hot water, and because Americans are a forgiving people, we hoped to be  forgiven for our screw up.

But can you imagine if someone like Sarah Palin, or any other personality that leans center-right, or to the right, would have made such a remark?

Where is Rev. Al Sharpton, Jesse Jackson, and the rest of their hypocritical race-baiting following, on the Steve Martin (big Obama donor) controversy?