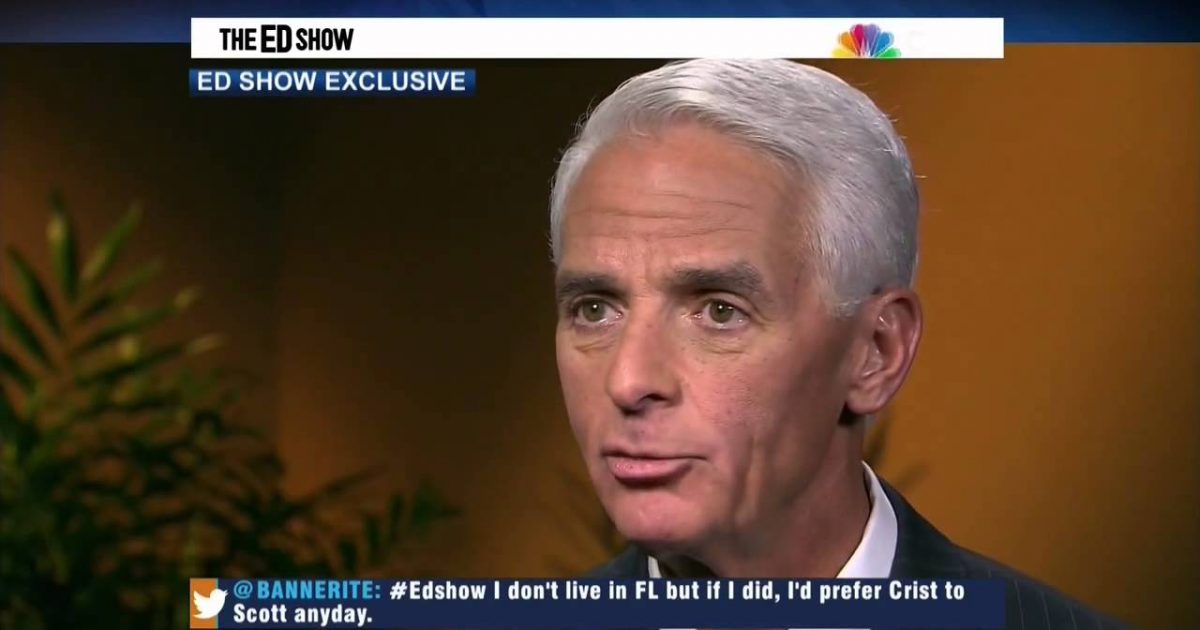 Charlie Crist is running his campaign on a mountain of lies and failures. He has continued to campaign on the same politics and policies that he once claimed to be against — is it really that surprising that his campaign manager quit before he even started?

Although Crist got into office by claiming to be a tax-cutter, he has been anything but that. His “Accelerate Florida” stimulus plan cost $28.8 billion — and what does he really have to show for it? All that Crist really succeeded at doing was accelerating Florida into debt…

Moreover, “Accelerate Florida” is extremely similar to Obama’s “Shovel-Ready” Stimulus (and of course, we all know the president’s stimulus was nothing but “shovel ready” and it did nothing to help the unemployment rate.) The Associated Press reported that, “A federal spending surge of more than $20 billion for roads and bridges in President Barack Obama’s first stimulus has had no effect on local unemployment rates, raising questions about his argument for billions more to address an ‘urgent need to accelerate job growth.’”

Another massive failure of Crist’s? His “Back To Work” program, which was funded with stimulus money. Results did not even come close to meeting Crist’s goals for the program.

As reported by The Brandenton Herald, “Florida’s Back to Work Program hasn’t quite worked as envisioned.  At first, the government’s pledge to pick up at least 80 percent of salary and training costs for certain lower-income workers lured thousands of employers. Florida was poised to receive about $126 million in federal stimulus dollars to pay for some 14,000 new jobs lined up in the private sector… But with the funding spigot set to close as soon as today, the results did not come close to meeting those goals:  Employers statewide filled only 5,500 of 13,787 jobs approved for funding over the past six months. Nearly 8,300 jobs have been left vacant, with employers either unable to find suitable candidates or backing away from promised jobs because of the still-shaky economy.”

Crist continued to spend ineffective dollars, despite attacking democrats for raising taxes during his campaign. In fact, Crist raised taxes and fees by $2.2 billion in 2009 alone.

And now he says he will raise taxes again if elected governor.

It seems that as Crist’s horrible track record and lies catch up with him, his campaign is beginning to crash.