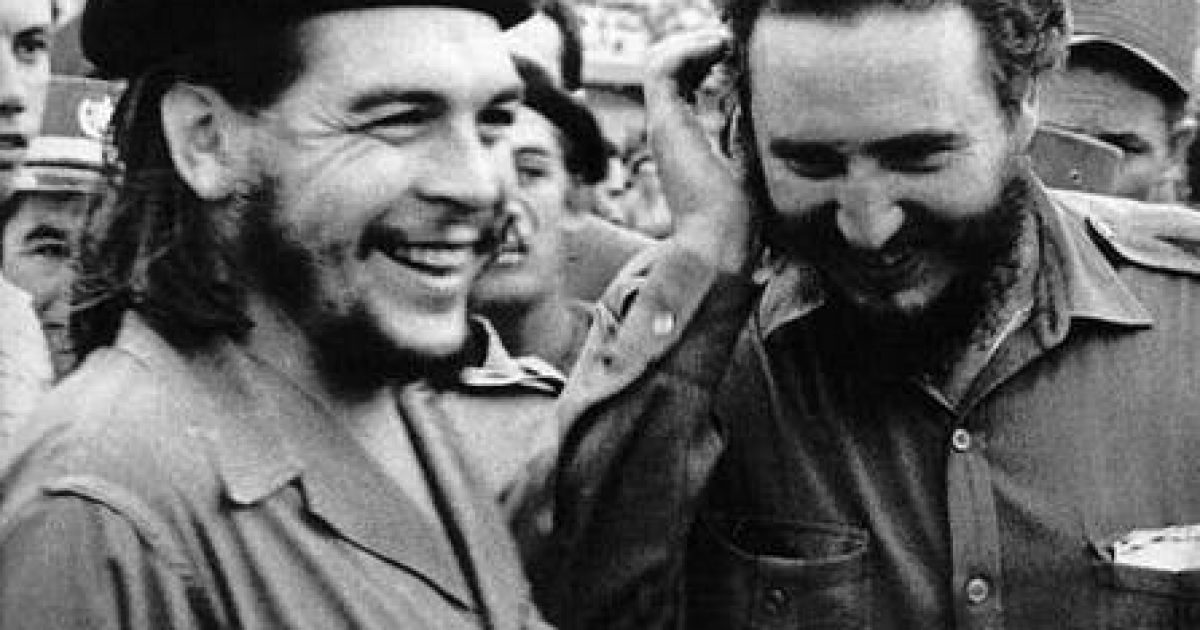 Congressman With Tie To Castro Sympathizer Backs U.S.Trade With Cuba

Democratic Congressman Joe Garcia is backing an effort that would sandbag the U.S. embargo against Cuba, and open up trade between the two countries, a move that will certainly make him public enemy #1 in the Cuban-exile community.

Garcia is backing the Havana research institute’s efforts of seeking U.S. approval to “test and market a diabetes treatment in this country,” which squarely puts him at odds with the South Florida Congressional delegation, that includes Representatives Ros-Lehtinen (R), Diaz-Balart (R),Wilson (D), and Wasserman Schultz (D), who all support the embargo.

Garcia’s endorsement marks the first time a Cuban-American in Congress has overtly backed a measure that, in the eyes of critics, undermines the embargo and could eventually give the Castro government access to U.S. markets without making democratic reforms

Garcia said his decision was not political, but was intended to help people who suffer from diabetic foot ulcers.

“This is about something that can maybe save lives. This is about medicine,” Garcia said. “There are 70,000 amputations that happen yearly from diabetes. I’m not going to be the guy who decides that people will suffer because of the embargo.” –Miami Herald

Garcia, who has supported the  U.S.-Cuba Democracy PAC’s efforts to keep the embargo in place, seems to have changed his position on the issue, and has taken a step back from supporting the plight of Cuban exiles, by citing medicine as the excuse for opening up trade with the Communist regime.

But this sudden move by Garcia to open up trade with Cuba is nothing new, as far as Joe Garcia is concerned. It seems as if Garcia has always been a supporter of doing away with the embargo, and by taking a peek at who has donated and supported him over the years, the case can be made that Garcia backs the anti-Embargo play.

Back in 2010, The Shark Tank brought to light a number of Garcia donors, who all have business ties with Cuba, have benefited from President Obama’s easing of travel restrictions to the island, and would stand to benefit from the lifting of the embargo.

Questions continue to be raised, as to how deep Garcia’s ties are to these individuals, and whether Fidel Castro’s influence in South Florida extends right through Joe Garcia’s congressional campaign.

”I think all of that will be wonderful when all travel restrictions are lifted,” Ms. Aral said. “But we’re not there yet.”

“I support the revolution very strongly, very passionately,” he said. “I am integrated into the revolution in the deepest part of my being . . . I love Fidel like my father, and I believe he loves me like his son.”-John Cabanas

John Cabanas, of C&T Charters, is perhaps the least known but the most powerful owner in a group that includes Vivian Mannerud, who followed her father into the business after he was convicted in the 1980s of “trading with the enemy,” in part for taking four Pepsi machines to Cuba; and Francisco Aruca, owner of Marazul Charters, who sneaked out of a Castro-run prison dressed as a child, but now praises Cuba on his Miami radio show.

A large man, quick to laugh and partial to linen Guayaberas with a gold plane pinned to the collar, Mr. Cabanas, 66, grew up in Key West, Fla., but spent 28 years in Cuba. He says his company is the largest of the seven or eight that fly there regularly. –Click here to read more about the donors

Expect Garcia to receive a significant pushback from the Cuban-exile community, for his change in position on the embargo. Garcia’s main Republican rival in the 2014 mid term elections, Carlos Curbelo, who has just reported that he has raised well over $400K in donations, will surely pounce on his statement, and continue to make the case, as to why the embargo needs to be kept in place.