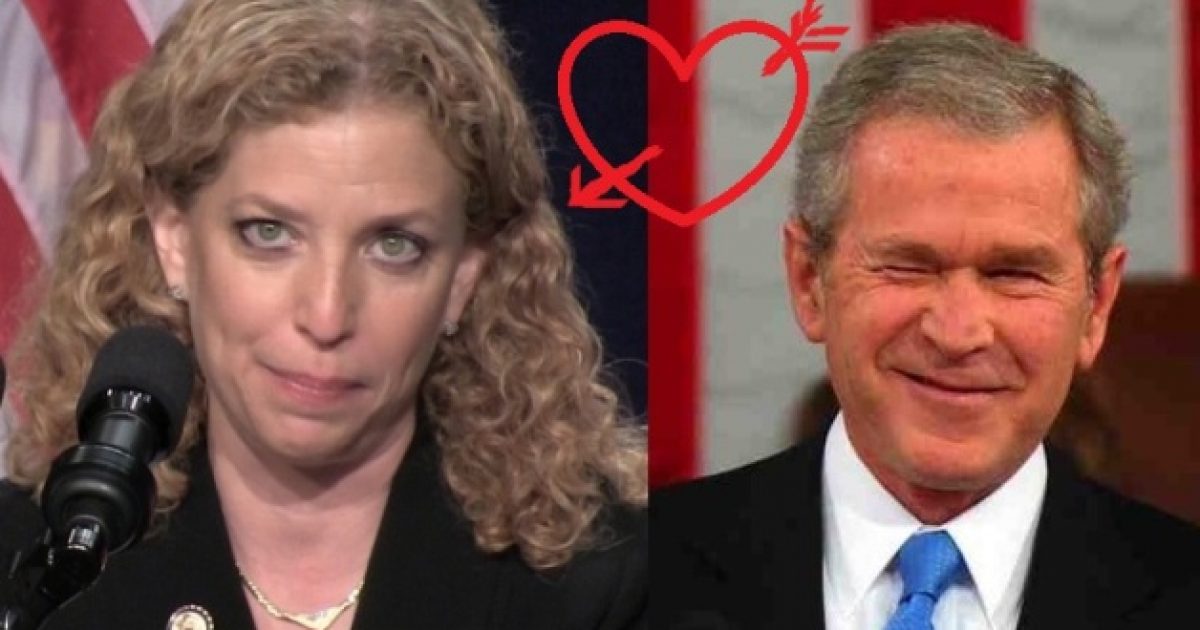 Its all Bush’s fault! There she goes again. God bless her. You can’t blame her for trying her hardest to run cover for President Barack Obama’s weak foreign policy.

Wasserman Schultz said that the U.S. “stood alone” back in 2003, when in fact, 49 countries backed Bush’s plan to go into Iraq.

“You know, President George W. Bush had significantly degraded our international influence around the world,” she said. “We stood alone in the war in Iraq. We were roundly criticized and rightfully so. And today, we have 35 nations that signed the statement in support of the U.S.’s commitment to strike. … So President Obama’s leadership has rebuilt our credibility around the world with leaders that was decimated in the previous administration.”- Rep.Debbie Wasserman Schultz (D)

Let’s do a little simple math here. If you subtract Obama’s 35 Syria bombing-supporting countries from Bush’s 49-Iraq War-supporting countries, there is a teeny weenie 14 country difference. Let’s also take into account that back in 2003, the British supported the war effort, they don’t support Obama’s strategy in Syria. (NY Times)