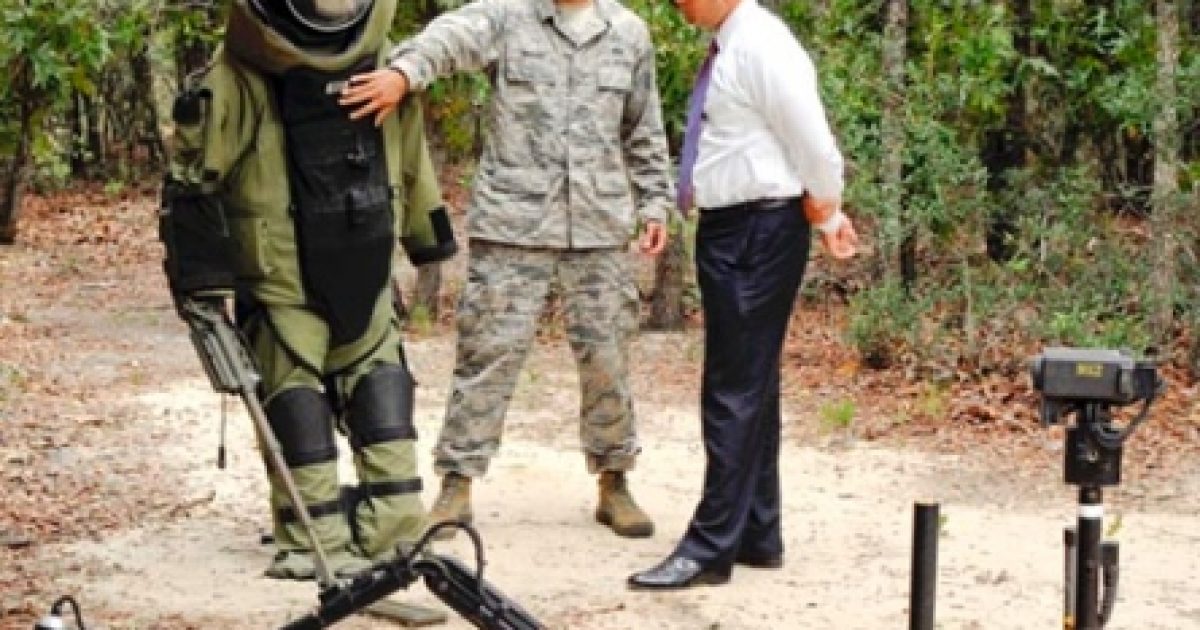 During Senator Marco Rubio’s swing through Florida’s panhandle last week, one of his stops was at the U.S. Navy’s Ordnance disposal school on Eglin Air Force Base.

The U.S. Navy put out a press release stating that during the tour, Rubio visited the school’s Demolition Division, where he was allowed to “initiate a detonation from a safe distance. Yes, Rubio managed to successfully detonate a bomb, without blowing himself up.

“Fire in the hole!”-Senator Marco Rubio

In addition to satisfying every young boy’s dream of blowing stuff up, while on the tour of the facility, Rubio was also briefed on the bomb disposal robot used to neutralize bombs. Rubio also tried on a 80-pound bomb suit, but unfortunately the picture of him wearing the suit was not made available.(NWF Daily News)

Knowing Rubio, as he put on the suit, he probably visualized himself putting on football pads as he suited up for his beloved Miami Dolphins. Rubio is obsessed with the Miami Dolphins, but unfortunately for him, the Dolphins’ season will probably end before it starts, the same way the bomb he detonated did, with a big boom.