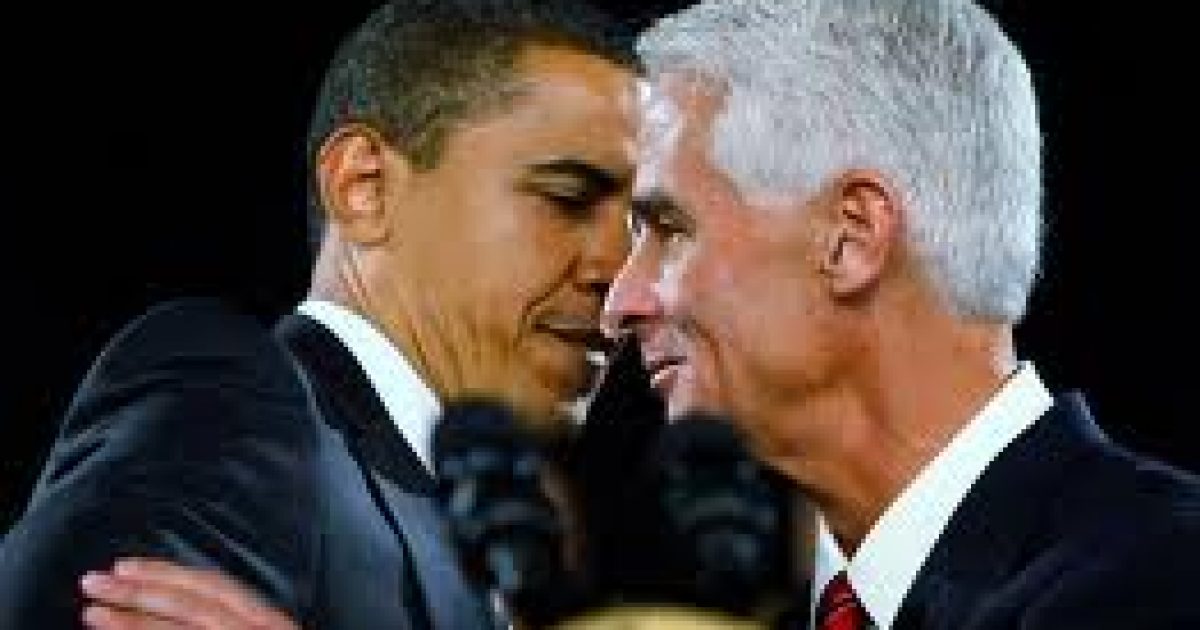 The Republican Party of Florida (RPOF) continues to pummel former Republican turned Democrat Charlie Crist over his past dismal record as governor of Florida.

The State GOP has contrasted Crist’s dismal jobs loss record, as well as the high unemployment rate during his tenure as governor, to Scotts jobs growth initiative, and the fact that Florida’s unemployment rate has dropped since he took office in 2010.

You are all laughing about this picture of the RPOF’s pro-Crist mailer from 2006, so lets see how far Charlie has come since this mailer was first released.

Now Republicans are outlining the widely know belief that most Democrats in-the-know, do not trust Crist (how could they), and are weighing other gubernatorial options, including  hoping that current U.S. Senator Bill Nelson will reconsider. While Nelson has stated that he was not interested in running for governor, Nelson is being wooed into running against Crist by former 2006 Democratic Gubernatorial candidate Jim Davis, who lost against the one-time “Conservative Republican” Crist.

The Democrats better start to seriously discuss amongst themselves what, if any, road to victory would be against Scott. Maybe they should adopt Scott’s 2010 campaign slogan, “Let’s Get to Work” for motivation?


Here is the RPOF’s latest on Crist-

“Charlie Crist is working to win over members of his new party but he hasn’t convinced Jim Davis, the 2006 Democratic candidate for governor, who says Crist would be judged on his record – ‘and he’s got a record.’ … Asked if Democrats could accept Crist, he said: ‘I think he’s going to be held to a high standard. When you run, you’re judged on your record and he’s got a record.'”

CHASER – Kendrick Meek on Charlie Crist THREE YEARS AGO TODAY (May 29, 2010): “This Is About Being For Whatever Way The Wind Blow For His Own Personal Gain.”

“Meek and other critics say Crist has changed other positions as well in an attempt to bolster his U.S. Senate chances. Among them, they cite his initial support for the teacher tenure bill, which he later vetoed, and his current opposition to offshore oil drilling after favoring drilling when he sought to become Republican presidential candidate John McCain’s running mate in 2008. ‘This is not about being independent, this is about being for whatever way the wind blows for his own personal gain,’ Meek said.” (Lloyd Dunkelberger, “Crist’s Centrist Strategy Working,” The Sarasota Herald-Tribune, 5/29/10)

Bottom line, Crist is not trustworthy.