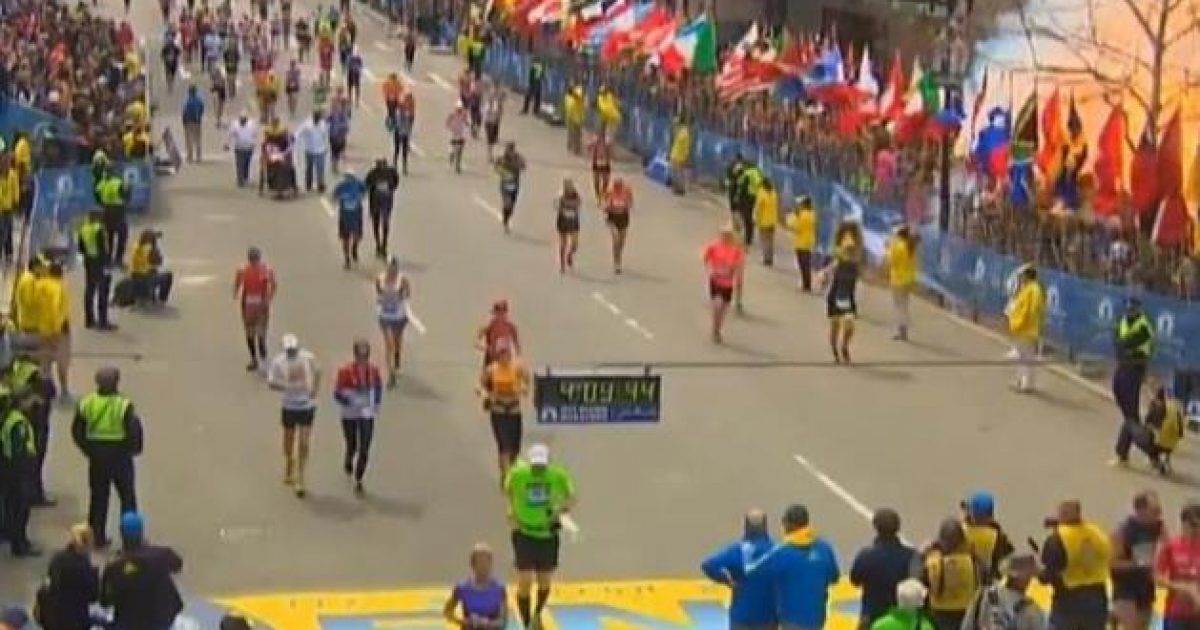 While the horrific and cowardly bombings in Boston are undoubtedly the work of Terrorists, it is important to remember that over the course of American history, bombings or attempted bombings, have played a significant role in recent forging U.S. History.

Authorities are said to be looking at a 20 year old Saudi man who was apparently injured during the bombing, as well as actively searching  for another man said to have a darker complexion, and who possibly speaks in a foreign language.

If the persons responsible for this act of terror happen to be Islamic Fundamentalist, their act is no different than other bombings committed against American interests and citizens by both domestic and foreign terrorists, including those committed by President Obama’s friend Bill Ayers and his Weather Underground. Ayers set off bombs at police stations, the U.S. Capitol Building, and the Pentagon during the 1960’s and 1970’s.


Fox News compiled a list of the “worst bombings” and failed attempts in U.S. History dating back to the 1970’s-

— April 15, 2013: Two bombs explode in the packed streets near the finish line of the Boston Marathon, killing two people and injuring more than 80.

— Jan. 17, 2011: A backpack bomb is placed along a Martin Luther King Day parade route in Spokane, Wash., meant to kill and injure participants in a civil rights march, but is found and disabled before it can explode. White supremacist Kevin Harpham is convicted and sentenced to 32 years in federal prison.

— May 1, 2010: Pakistani immigrant Faisal Shahzad leaves an explosives-laden SUV in New York’s Times Square, hoping to detonate it on a busy night. Street vendors spot smoke coming from the vehicle and the bomb is disabled. Shahzad is arrested as he tries to leave the country and is sentenced to life in prison.

— Dec. 25, 2009: The so-called “underwear bomber,” Nigerian Umar Farouk Abdulmutallab, is subdued by passengers and crew after trying to blow up an airliner heading from Paris to Detroit using explosives hidden in his undergarments. He’s sentenced to life in prison.

— Sept. 11, 2001: Four commercial jets are hijacked by 19 al-Qaida militants and used as suicide bombs, bringing down the two towers of New York City’s World Trade Center and crashing into the Pentagon. Nearly 3,000 people are killed in New York, Washington and Pennsylvania.

— Jan 22, 1998: Theodore Kaczynski pleads guilty in Sacramento, Calif., to being the Unabomber in return for a sentence of life in prison without parole. He’s locked up in the federal Supermax prison in Colorado for killing three people and injuring 23 during a nationwide bombing spree between 1978 and 1995.

— Jan. 20, 1998: A bombing at an abortion clinic in Birmingham, Ala., kills one guard and injures a nurse. Eric Robert Rudolph is suspected in the case.

— July 27, 1996: A bomb explodes at Centennial Olympic Park in Atlanta during the Summer Games, killing two people and injuring more than 100. Eric Robert Rudolph is arrested in 2003. He pleads guilty and is sentenced to life in prison.

— April 19, 1995: A car bomb parked outside the Murrah Federal Building in Oklahoma City kills 168 people and injures more than 500. It is the deadliest U.S. bombing in 75 years. Timothy McVeigh and Terry Nichols are convicted. McVeigh is executed in 2001 and Nichols is sentenced to life in prison.

— Feb. 26, 1993: A bomb in a van explodes in the underground World Trade Center garage in New York City, killing six people and injuring more than 1,000. Five Muslims are eventually convicted of the crime.

— Nov. 7, 1983: A bomb blows a hole in a wall outside the Senate chamber at the Capitol in Washington. No one is hurt. Two leftist radicals plead guilty.

— May 16, 1981: A bomb explodes in a men’s bathroom at the Pan Am terminal at New York’s Kennedy Airport, killing a man. A group calling itself the Puerto Rican Armed Resistance claims responsibility. No arrests are made.

— Dec. 29, 1975: A bomb hidden in a locker explodes at the TWA terminal at New York’s LaGuardia Airport, killing 11 people and injuring 75. Palestinian, Puerto Rican and Croatian groups are suspected, but no arrests are made.

— Jan. 24, 1975: A bomb goes off at historic Fraunces Tavern in New York City, killing four people. It was one of 49 bombings attributed to the Puerto Rican nationalist group FALN between 1974 and 1977 in New York.

— Jan. 27, 1972: A bomb wrecks the New York City office of impresario Sol Hurok, who had been booking Soviet artists. One person is killed and nine are injured, Hurok among them. A caller claiming to represent Soviet Jews claims responsibility, but no arrests are made.

— March 1, 1971: The Senate wing of the U.S. Capitol Building in Washington, D.C., is bombed by the Weather Underground. No one is killed.

— March 6, 1970: Three members of the revolutionary Weather Underground accidentally blow themselves up in their townhouse in New York City’s Greenwich Village while making bombs.