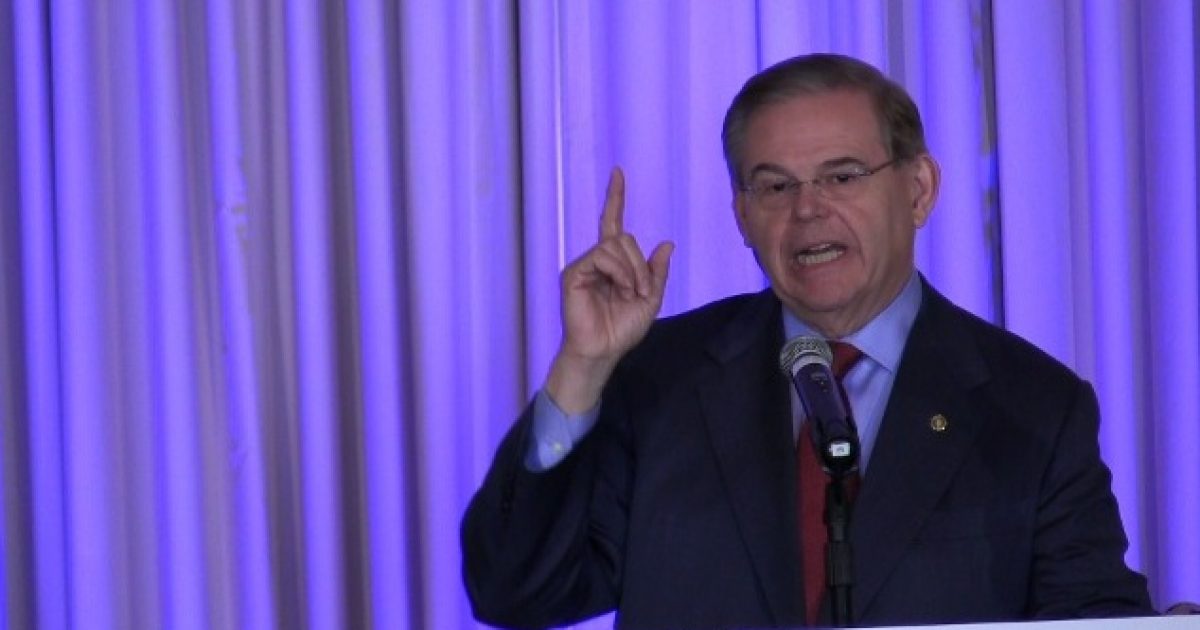 Friday’s annual Cuba-Democracy PAC luncheon held at the Biltmore Hotel in Coral Gables, Florida, went off with out a hitch, sort of. The open press event was inexplicably closed to the press at the 11th hour by  event organizers, who did not give a reason as to why they decided to abruptly shut out the press.

The immediate buzz around the press corps was that the event organizers were protecting Senator Menendez from the media blitz that was sure to come after allegations of a possible pay-for-play scandal involving the Senator, and the allegation that Menendez used the services of prostitutes while visiting the Dominican Republic.

Fortunately, after organizers made sure all of the invited guests and dignitaries, including Senators Marco Rubio Bob Menendez, were seated, PAC staffers opened up the event to the press.

Upon entering the event hall, organizers ‘quarantined’ the press by roping off a 20 x 4 foot ‘media sequestration’ area at the entrance to the event. After Senator Menendez spoke, aides whisked him out the back door where he disappeared, possible into a waiting get-away vehicle, or they kept him tucked away in some green room, kitchen, or some other type of room.

While the group is understandably concerned that Menendez’s situation would have taken away from the broader and more important message of  the luncheon, their actions of ‘sequestering’ the media is eerily similar to something Castro would do, if he allowed non-Cuban-controlled press to cover his government.

In his address to the Pro-Cuba group, Menendez stated that all of the allegations/attacks being made against him are coming from powerful outside powers with a lot of money. Menendez, without saying his name, all but insinuated that Fidel Castro and his brother Raul were behind the attacks because of his strong position against their rule over the Cuban people.

Finally, I know that here are joint interests, strong interests with a lot of money that don’t want me to be in the position. We are going to know, we are going to know soon who they are. I would like to tell these interested parties, merchants who are walking along the beaches in Havana, trying to buy property, trying to do business, that with the liberty of the Cuban people, you will not to business with, business will not happen.-Senator Bob Menendez