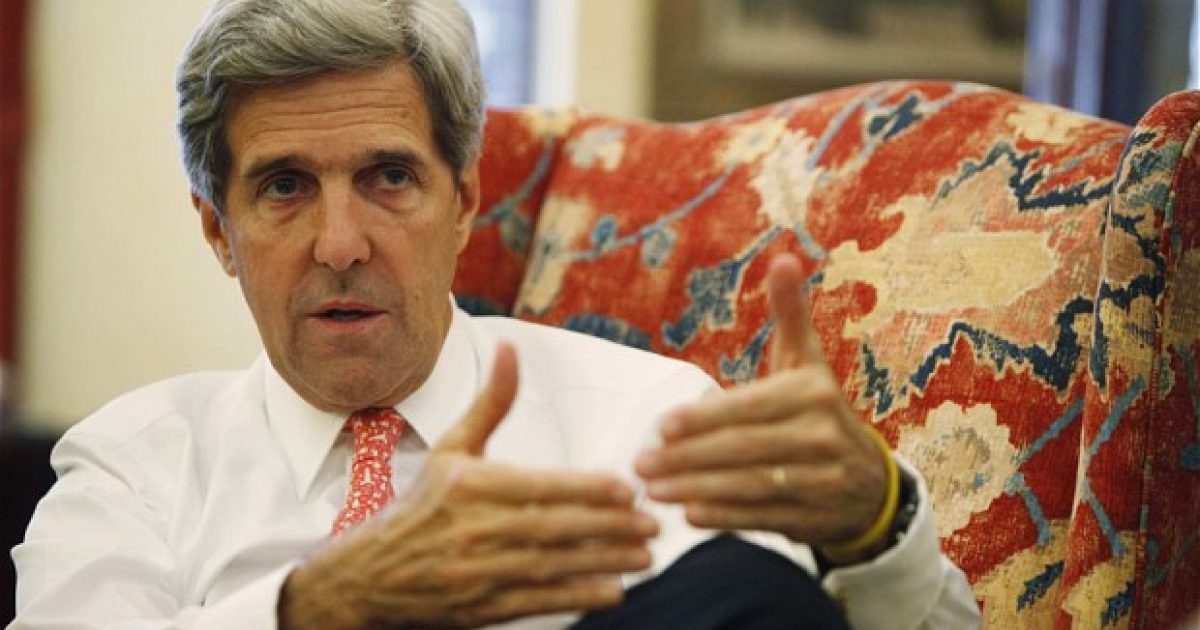 Secretary of State John Kerry will be taking his first official trip abroad, but like the folks over at Breitbart news are reporting that Kerry is “following the pattern of his boss up until now, he won’t be touching down in Israel.”

Kerry’s visit is more of a ceremonial trip to introduce himself to the UK, France, Italy Germany, and the heavy populated Islamic countries of Turkey, Egypt, Saudi Arabia, Qatar and Abu Dhabi.

According to The Jerusalem Post, the paper is suggesting that Kerry is postponing a visit to Israel until a new Israeli government is installed. The Post also says that Kerry is expected to visit Israel with President Obama sometime in March.

“The secretary will be traveling there with the president when he visits later in the spring in lieu of making his own separate trip in February to Jerusalem and Ramallah,” said State Department spokeswoman Victoria Nuland.-Breitbart

Meanwhile, it seems as if another de-facto Secretary of State of sorts, Senator Marco Rubio is picking up where Kerry and the President are slacking as he makes the rounds in Jordan and Israel. Rubio,who will be meeting with both Israeli President Shimon Peres and Prime Minister Benjamin Netanyahu, has already met with Jordanian King Abdullah II and  members of the Jordanian government to discuss U.S.-Jordanian relations

Rubio, a member of the Senate’s Select Committee on Intelligence and Foreign Relation Committee, today met with Jordanian officials as part of an official trip to the Middle East that will include a stop in Israel later this week.

In Jordan, Rubio met with King Abdullah II as well as other members of the Jordanian government to discuss cooperation between our two nations on economic and security issues. Rubio discussed the impact of the Syrian civil war on Jordan and the region as a whole and also met with former Syrian Prime Minister Hijab, who defected to Jordan. – Rubio Senate Office –Shark Tank

It will be interesting to see the reception Obama receives in Israel considering the fact that Israelis overwhelmingly dislike the President; and how Republican politicos like Rubio, who is on his second trip to Israel since becoming Senator in 2010, will criticize the Obama’s first official presidential visit to the United States closest ally in the region. President Obama is on record of supporting Palestinian statehood-

“If we do, when we come back here next year, we can have an agreement that will lead to a new member of the United Nations: an independent, sovereign state of Palestine, living in peace with Israel.”-President Obama, UN Nations Speech -2010