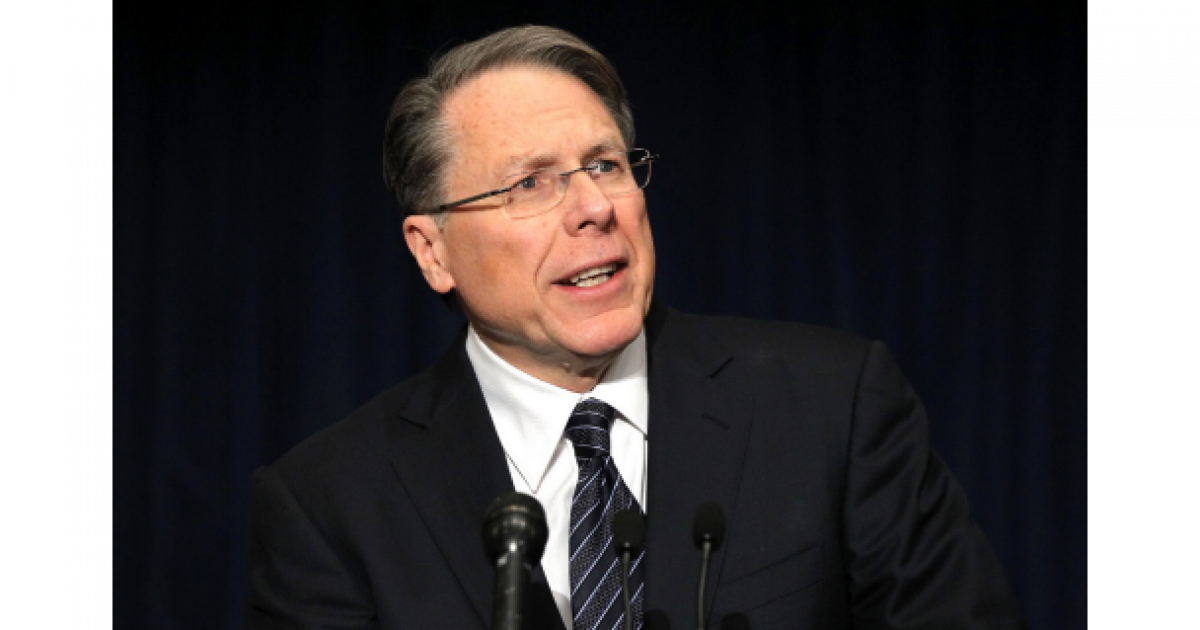 The NRA’s Wayne La Pierre is not backing off from remarks he made last week that all schools should have a police officer or trained security personnel stationed within their confines.  On NBC’s Meet the Press, LaPierre backed up his original statements on the issue by adding, “that’s the one thing we can do immediately that can make our children more safe.”

But while anti-gun and ‘assault weapons ban’ enthusiasts like Democrat Senator Dianne Feinstein chide LaPierre and others for suggesting this reasonable security measure, the truth of the matter is that LaPierre is right.

An initial estimate of the cost of hiring at least one police officer with a mean annual salary of $50,000 for all schools nationwide would cost roughly $5 billion dollars- a small price to pay for peace of mind and the safety of school children across the country.

I personally spoke to five high school teachers in the Broward County School District about this issue- three Democrats (of which two of whom voted for Obama), an Independent and one Republican, and yet they all agreed with LaPierre’s call for an armed police officer at every school and a metal detector to identify weapons on students.

Three of these teachers requested anonymity in this report for fear of backlash from the extremely biased Broward County School Board.  These teachers shared stories of students being caught with illicit weapons at school and how the school board subsequently swept the incidents under the rug.  Two of these teachers told me that their respective schools already have four to six unarmed security guards, some who double as janitors throughout and after the school day.

While this is only a small sampling of teachers, it is very telling that they would support such a security measure.

So if these schools can afford four-to-six unarmed security officers, why not hire at least one trained police officer or allow one or more of these security officers to legally carry a gun, not to mention possibly allowing a school administrator to carry?

It is also interesting to note that since the Newtown CT school shooting, school teachers and administrators have been very public with their demands for safer schools.  Given the increasing security concerns that schools face and the risk of copycat shootings, it’s time that elected officials begin to get real about truly securing our schools so they are not “soft” targets.  A little cooperation from the media would help is well- just as the media don’t report the names of rape victims, media outlets should agree to no longer publish either the name or the picture of anyone who commits the next mass slaying.  Yes, it’s a token step, but it’s one that will clearly convey to malcontents who aspire to be the next Charles Manson that they won’t be getting their fifteen minutes of fame should they choose to act on their most evil impulses.