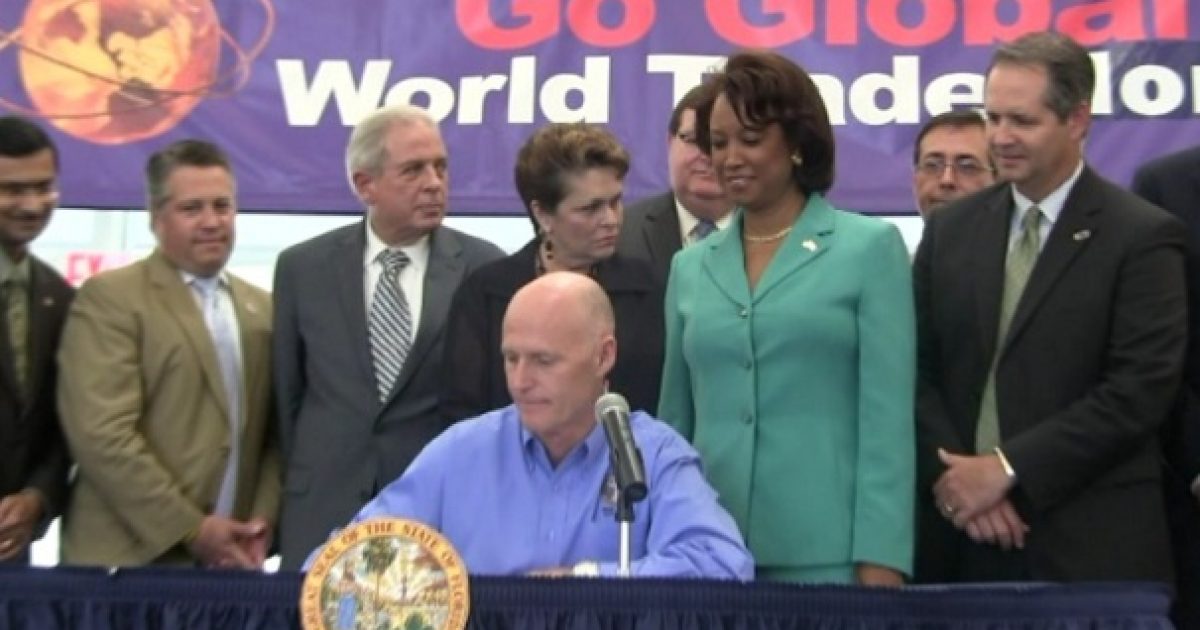 There’s one path “forward” for Republicans if they’re serious about reclaiming power in the future- do not capitulate to the failed ideas and destructive economic policies that President Barack Obama will assuredly quadruple down on in the wake of his re-election.  It’s one thing to win an election by misleading and bribing the masses, but let me be clear, as Obama would say- in no way, shape or form did the president win a national debate on the merits of his policies- and his policies, when they are fully implemented will undoubtedly cost us jobs, raise our taxes and further strain our already cash-strapped state budget.

Governor Rick Scott is showing the way forward if Republicans want credibility as the clear alternative to the statist interventions that Democrats offer, as he’s declined to implement the state health insurance exchanges that were mandated with ObamaCare.

From the Sarasota Herald-Tribune:

Speaking on the New College of Florida campus following a meeting of the state’s university governing board, Scott said it will cost taxpayers and business owners too much to expand Medicaid and set up health insurance exchanges as called for under the law.

“No one has been able to show me that that health care exchange is going to do anything rather than raise taxes, raise the cost of our companies to do business,” Scott said, adding that expanding Medicaid would also require tax increases.

If you’re curious to check out some first class stupidity about our state’s budgetary constraints as well as some general ignorance about how the health care system should “work,” check out the comments below the article.