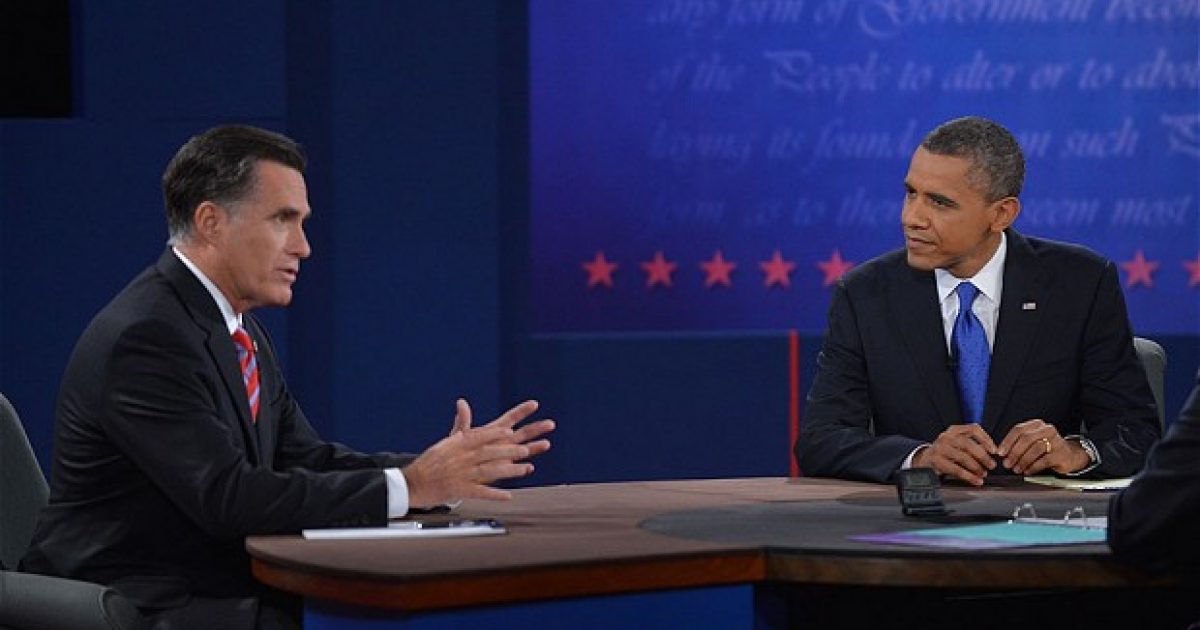 Both Barack Obama and Mitt Romney likely accomplished their objectives in last night’s presidential debate in Boca Raton, but it likely did not change the trajectory of the presidential race that likely still favors Romney.

Romney did what he needed to do, which was to exude a presidential temperament, come across as trustworthy and not come across as overly critical or contentious of the President, but the debate was not nearly the resounding victory for him as the first debate was.

Obama, employing a strategy that was clearly designed to motivate his base, was assertive in the defense of his own policies- perhaps overly so, and he went on the attack often against Romney, attempting to frame him as an inexperienced amateur on foreign policy whose unreliable instincts would be much more likely to get us involved in yet another military conflict.

Obama also levied several personal attacks against Romney which likely aided the impression that Obama was acting petty rather than presidential, and he did a lousy job masking his disdain and condescension towards Romney.  Obama actually had the audacity to lecture Romney that “I know you haven’t been in a position to actually execute foreign policy — but every time you’ve offered an opinion, you’ve been wrong,” obviously making little attempt to sound presidential or to offer up thoughtful criticism.

But from a conservative’s standpoint, the big disappointment of the evening is that for the most part the president’s foreign policy, most notably his negligence in Benghazi escaped strong criticism and emerged unscathed.  It was disappointing to watch Romney pass up several opportunities where a very strong critique could have been offered up about (insert your least favorite Obama foreign policy episode here.)


Romney quite obviously made a strategic decision going into the debate to avoid strong, pointed criticism of Obama’s foreign policy, especially pertaining to Libya, Syria, and Russia.  No doubt many will be disappointed that Romney did not more forcefully condemn the President’s negligence with regards to the attack on our consulate in Benghazi, but at this stage of the investigation into Benghazi, it likely was the right call.

Many of Romney’s answers were clearly focus-group friendly and intending to strike the right tone rather than offering up a clear contrast to Obama that more bluntly dismissed the folly of the defensive posture Obama’s foreign policy has assumed in the world.

The general trajectory of the race won’t likely be affected after this debate- Romney still has the momentum in this race based on the latest Gallup Polls as well as the swing state pols, and he’s trying to seal the deal with late-breaking undecideds who probably are warming to him.  Romney’s best line of the night was the one that will resonate most with undecideds, reminding Obama that “America doesn’t dictate to the world, we liberate countries from dictators,” leaving Obama flummoxed and without a good response.

Now, the race to November 6th, with the retail campaigning kicking into overdrive.  The opportunity for any last minute October surprises to have any meaningful effect is quickly closing, and Romney finds himself in a position to win this race.