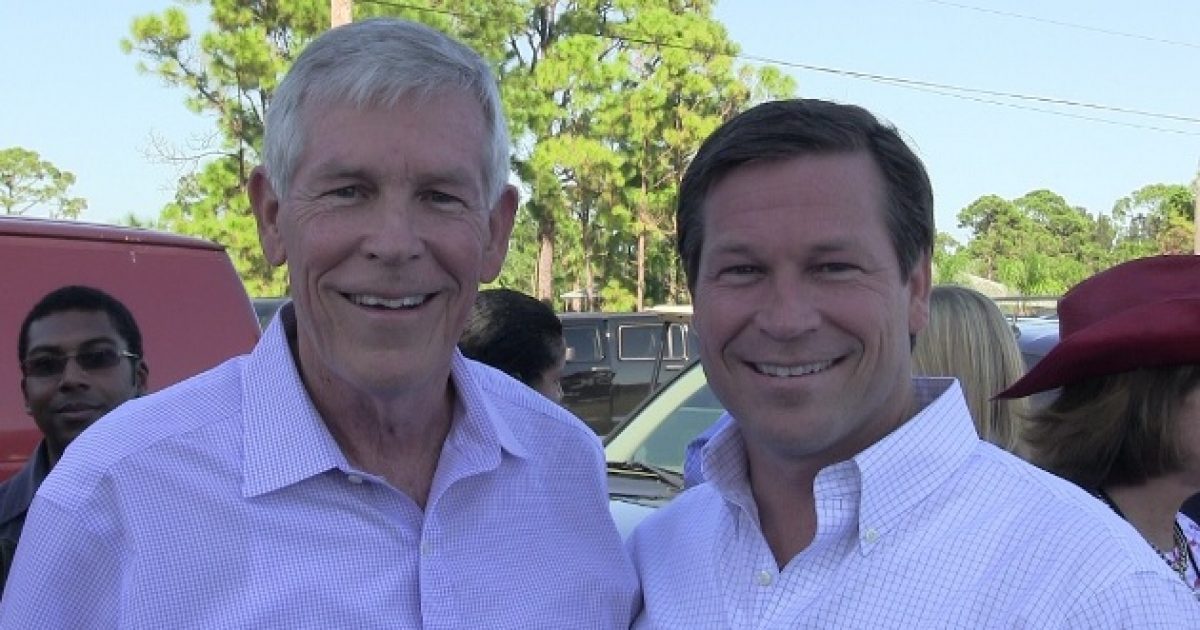 Connie Mack- “Defund the U.N., Kick Them Out of New York”

Fresh off his feisty debate performance with Senator Bill Nelson, Congressman Connie Mack has embarked on a bus tour that has him crisscrossing the state of Florida until the final days before the November 6th General Election.(Debate)

One of the stops that Mack’s bus tour made was at the Indian River County Tea Party rally in Vero Beach where Mack joined Congressman Allen West, Florida CFO Jeff Atwater, Congressman Bill Posey, and others as they fired up the Republican grassroots base.

(Nelson) is the only one on the planet that thinks that the Senate passed a budget.- Congressman Connie Mack

Towards the end of his speech, Mack took an unexpectedly refreshing position towards the the United Nations, stating exactly what most Americans believe about this completely useless international organization that time and again aids and abets the enemies of the United States-

How about we defund the U.N. I think thats a good idea. I don’t think that we ought to turn over our freedom, or the direction of our country, or our values and principles to an organization of leaders of other countries who don’t believe in the same things we believe in.  And I tell you what, after we get done defunding them, how about we kick them out of New York? – Congressman Connie Mack