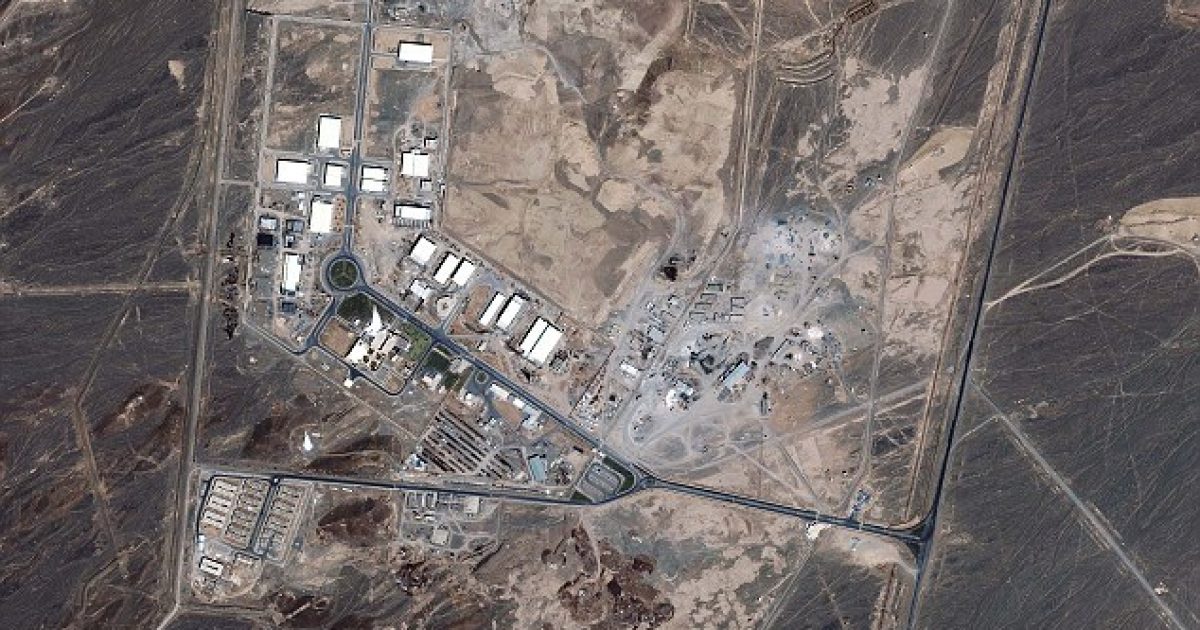 On the heels of an Institute for Science and International Security (ISIS) report claiming that Iran is a mere “two to four months” away from producing enough weapons-grade uranium for one nuclear bomb, the prospects for war in the near term and its attendant chatter are becoming impossible to ignore.  The speculation about the timing of a preemptive Israeli strike – and whether it might take place before or after the U.S. Elections on November 6th is becoming the preeminent question in international affairs.

From the U.K. Daily Mail-

America and Israel are considering a joint surgical strike on Iran’s nuclear facilities, it was claimed today.

Foreign Policy magazine reported a source ‘close to the discussions’ and said the strike might compose primarily of bombers and drone support.

The suggested attack is expected to last no more than a few days – or even just ‘a couple of hours’, the magazine said.

Such a strike could be carried out without civilian casualties, and would set back the Iranian nuclear program by back many years.

Benefits of such a strike would be regional, Foreign Policy says.

The source, said to be in favour of the strike, said the Israel-led assault would be ‘transformative’ and would end up ‘saving Iraq, Syria, Lebanon, reanimating the peace process, securing the (Persian) Gulf, sending an unequivocal message to Russia and China, and assuring American ascendancy in the region for a decade to come.’

However the strike would need the support of outside countries, particularly the U.S. – ‘whether acting alone or in concert with Israel and others.

The Israeli publication Haaretz is also claiming that the U.S. and Israel are contemplating a “joint surgical strike” on Iran’s nuclear facilities that would significantly retrograde its nuclear capabilities.

Israel is stepping up its internal defense measures as well in the wake of an enemy aerial drone that was destroyed deep inside Israeli airspace, as per Fox News-

Military sources tell a local Hebrew newspaper that the Israeli Air Force has deployed a US-made Patriot missile battery to Haifa in northern Israel as tensions mounted over the weekend flight of a drone into Israeli airspace.

The location of the battery, on a mountain overlooking Israel’s border with Lebanon, serves as further confirmation that Israel is concerned that Hezbollah in southern Lebanon is behind the drone.

Forty-eight hours into the investigation of an unmanned aircraft flying into Israeli airspace there is no confirmation which of the Jewish state’s enemies have made significant enough technological strides to launch the drone and fly it deep into Israeli airspace. Saturday morning, Israeli radar tracked the drone flying toward the coast from the Mediterranean, then over the Gaza strip and into Israel.  Twenty minutes after it crossed into southern Israel, scrambled fighter jets from the Israeli Air Force shot it down.

Since then, intense speculation has surrounded the drone’s origin. So far the Israeli Military has ruled out the militant groups in the Gaza Strip, and most evidence points to the Iranian-backed group Hezbollah, operating out of southern Lebanon.While the group has not commented directly, a TV station linked to the group said it belonged to Hezbollah. If true, it would be a major leap forward for the Shiite Muslim Militia.

In 2006, Hezbollah flew small drones laden with explosives into northern Israel, just across the Lebanon border, but a long range flight over the Mediterranean and then back into Israel would require a level of technological sophistication not yet seen from the group. One likely source of such technology would be Iran, which supplies much of Hezbollah weaponry and provides strategic guidance for the group.

Republican presidential candidate Mitt Romney addressed the Virginia Military Institute yesterday and took aim at President Barack Obama’s “passivity” in the Middle East and how “we must change course”- i.e. reaffirm our commitment and alliance with Israel and take a definitive stand against Islamic extremism and those rogue regimes who promote it.

But given the disastrous results of President Obama’s Middle East policy to date and his support of ascendant political movements such as the Muslim Brotherhood who are committed to Israel’s destruction, major questions remain as to the President’s commitment to Israel and whether or not he would commit U.S. forces to assist a preemptive Israeli strike on Iran should such an attack be carried out during the remainder of his current term.