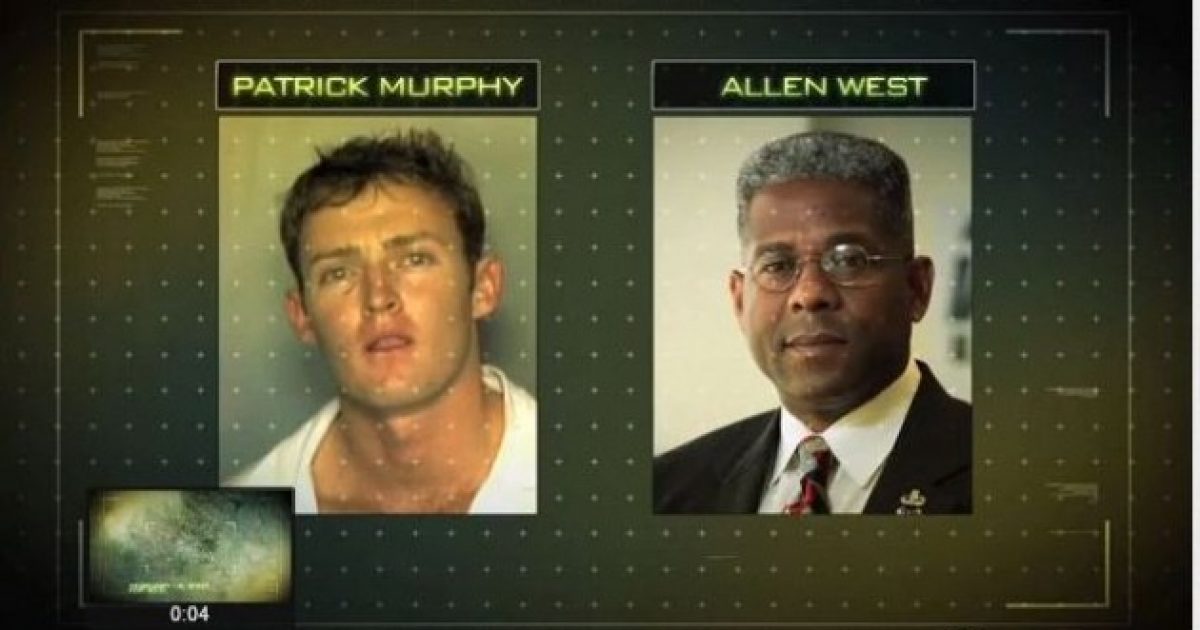 Congressman Allen West has unveiled a devastating commercial targeting his Democrat opponent Patrick Murphy along website that outlines Murphy’s past acts of “misconduct,” both on a personal and professional level.

The TV ad contrasts where both Lt. Colonel Allen West and Patrick Murphy were on the night of February 16, 2003.  As we reported yesterday, Patrick Murphy was arrested on February 16th  after he was thrown out of a club for fighting, and then verbally assaulting a police officer.  Meanwhile, West was in Texas preparing to deploy to Iraq.

“On February 16, 2003, Allen West was at Fort Hood, Texas preparing his men to go to war in Iraq. That night in South Beach Miami, Patrick Murphy was arrested for fighting in a nightclub, getting so drunk he could barely stand, carrying stolen property, refusing to pay a cab driver, verbally assaulting a police officer and falsely complaining he was mistreated by the police. Then he used his family’s influence to get out of trouble.

Our new television ad exposes Patrick Murphy for who he really is-a spoiled brat who knows nothing of duty, honor or service. Patrick Murphy can duck every debate and his father can run all the false, racist attack ads he wants, but it doesn’t change the fact that Patrick Murphy is the emptiest of empty suits and of highly questionable character. Patrick Murphy is not fit for office.”