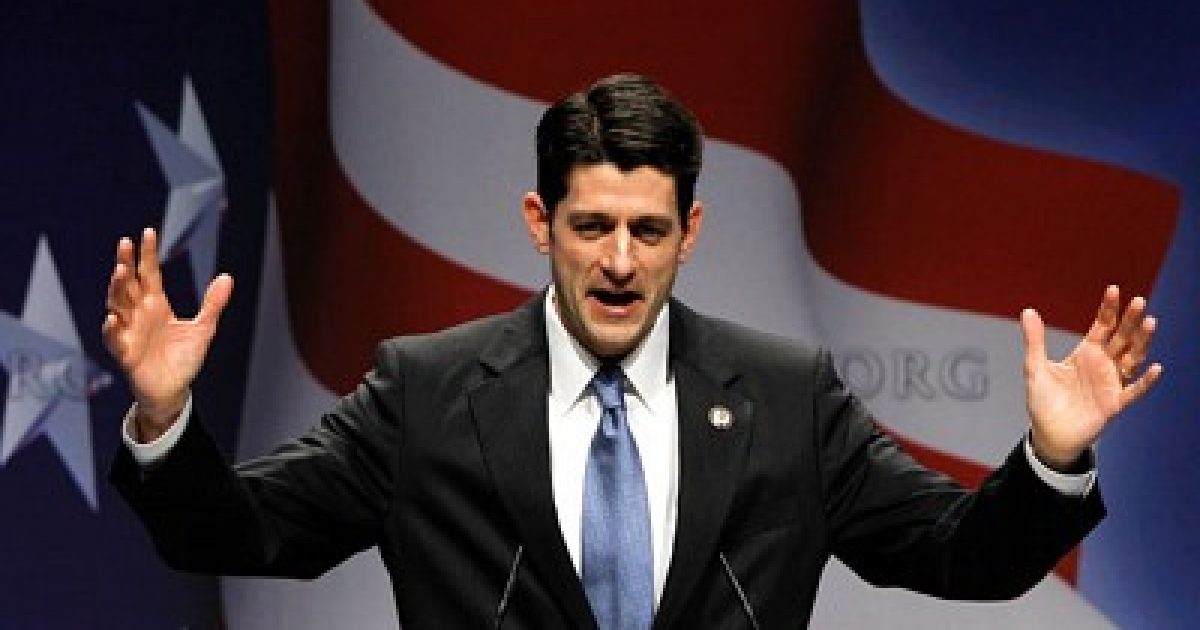 With Republican presidential nominee Mitt Romney’s selection of seven-term Wisconsin Congressman Paul Ryan as his vice-presidential running mate, a very stark contrast is being presented to voters in November- the choice between continuing down President Obama’s path of trillion dollar deficits and certain fiscal oblivion, or beginning the long process to dig ourselves out of our fiscal predicament by reducing spending, enacting entitlement reform and putting ourselves on the path to towards financial solvency.

Yes, the Ryan selection is a “risky” pick to a certain extent, but as the saying goes, fortune favors the bold. There will no doubt be many people who will think that Romney’s pick of Ryan is going to cost him many votes with seniors- particularly here in Florida- because of his signature “Ryan Plan” budget that incrementally transitions Medicare into a “premium support” plan- a plan that Democrats have fiercely demagogued and opposed. But seniors who are susceptible to the Democrats’ misleading rhetoric on Medicare and unwilling to confront the realities surrounding Medicare’s finances were unlikely to have voted for Romney anyway.

Regardless of the controversy surrounding the Ryan Plan, Romney was going to have to defend the Ryan Plan whether he planned on doing so or not- David Axelrod would see to that, as Romney is already on the record in support of Ryan’s plan to gradually transition Medicare into a “premium support” plan without affecting current Medicare beneficiaries. So given that Romney is going to be mercilessly demagogued regardless of his VP selection, who better to defend the Ryan Plan and his Path to Prosperity better than Paul Ryan himself?

The most recent Medicare Trustees report claims that Medicare will become insolvent in 12 years, so it’s by no means a slam dunk that Democrats’ fear-mongering and demagoguery will be able to carry the day against the hard math and the fiscal realities that confront our entitlement system. Ryan is the clearest communicator that Republicans have on the budget, jobs, and the economy, and that’s exactly the turf where we want this election to be fought on- with our best messenger.

Which left Obama clearly perturbed at Ryan- flipping him the “subtle bird” perhaps?

Ryan will inject a youthful dynamism and passion into this race that will resonate with younger swing voters and steer many of them away from Obama’s thoroughly cynical view of free enterprise and his statist economic plans for the country. He is one of a select few conservatives who have the ability to frame boring and complex budget and economic issues in very palatable and understandable terms for the masses, and he’ll present our case very well under the unrelenting scrutiny of a hostile media.

Ryan is also a very disciplined politico who doesn’t engage in “bomb throwing” or over the top rhetoric, and he gives Democrats fits as he cogently debates economic issues with a positive demeanor as he did with our friend Congresswoman Debbie Wasserman Schultz-

[vsw id=”tRgmrz3SeBU” source=”youtube” width=”425″ height=”344″ autoplay=”no”]
Romney’s pick of Ryan is a smart one on many levels. First, it will shore the support of tea-party types and conservatives and put many of their concerns about Romney to rest, as Paul Ryan is indeed a full spectrum conservative whose outlook is heavily influenced by the likes of Milton Friedman, Ludwig von Mises, and Friedrich Hayek. Ryan will also bring a passion and energy to this campaign that will nicely compliment Romney’s style without overshadowing him- by all accounts, Ryan is a very grounded family man from blue collar Janesville, Wisconsin, and he’s not your typical politco whose ego has gotten the better of him.
Yes, Ryan will have to explain his bad votes on TARP and the GM auto bailout, but make no mistake- this election is a referendum on Obama and the threat his toxic agenda poses for the country, end of story.
We applaud Romney’s pick of Paul Ryan, and it’s now time for Republicans to seize the momentum in this race by highlighting the President’s failed economic record and the certain calamity that awaits us if he is to realize his second term agenda. It’s time to put Democrats on the defensive by making them defend the indefensible, and there are few who are capable of doing that better than Paul Ryan.
Please share the article below.