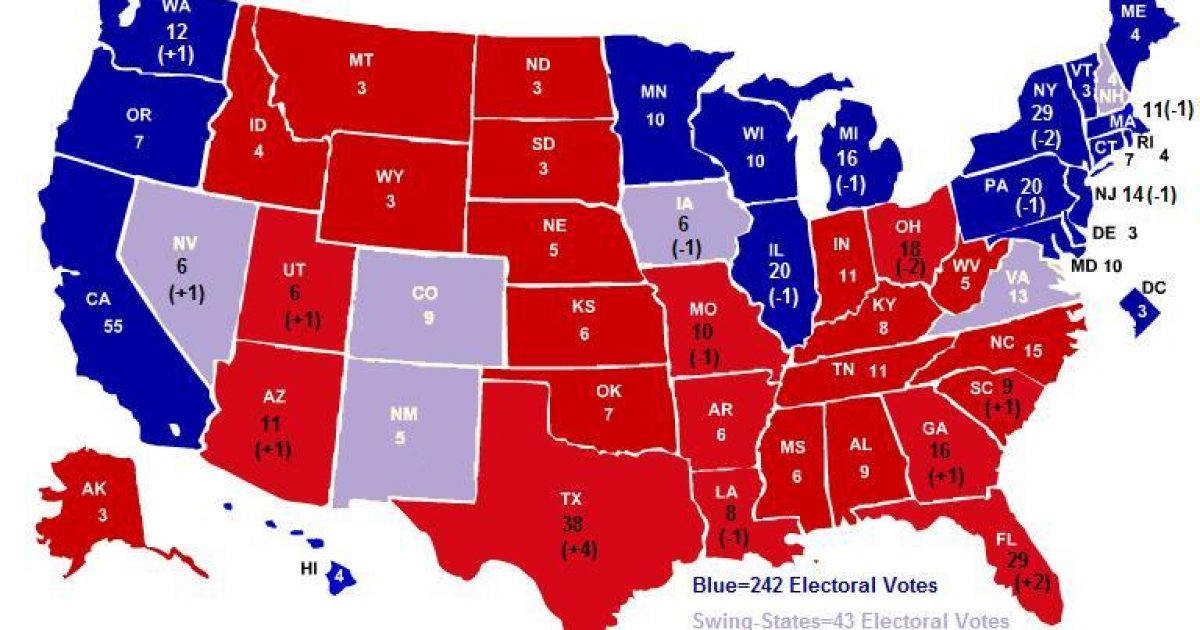 Quinnipiac’s Latest Skewered Poll Has Obama Up 6 in Florida

As the saying goes, there are lies, damn lies, and polling results.  Or something to that effect.  In any event, the latest Quinnipiac poll of the battleground states Florida, Pennsylvania, and Ohio has President Obama actually extending his lead over Republican presidential nominee Mitt Romney in each of these three must-win states.  In Florida, Obama leads 51%-45%, in Ohio it’s Obama by 6 at 50%-44%, and he also leads by 11 in Pennsylvania at 53%-42% .

Remarkable results for Obama, given his stewardship of the economy, his safeguarding of U.S. interests, our greatly enhanced national security posture, and all the inroads he’s made with virtually every voter demographic since 2008. Yes, these results might have you believing that Obama is building off the results of his 2008 electoral success and is going to win by even more in 2012.

But before Democrats start popping the corks in their champagne or you start planning to relocate to the Caymans, take a closer look at the poll’s methodology.  Quinnipiac’s polling sample clearly skews in favor of Democrats, and its polling is not weighted on those who are likely to turn out and vote- Quinnipiac just calls and asks people what party they generally consider themselves as being members of.  In their poll of Florida, they ridiculously sample 27% Republicans, 36% Democrats, and 32% Independents.

Given who is actually enthusiastic about voting this year, there is simply no plausible reason to believe that Democrats will turn out at the polls at a 9% advantage over Republicans. Recent polls of likely voters show Romney with leads ranging from three to six points nationally.   Quinnipiac’s latest poll claims to have a margin of error of 2.9%, but the poll itself is fundamentally flawed and highly misleading to say the least- garbage in, garbage out.