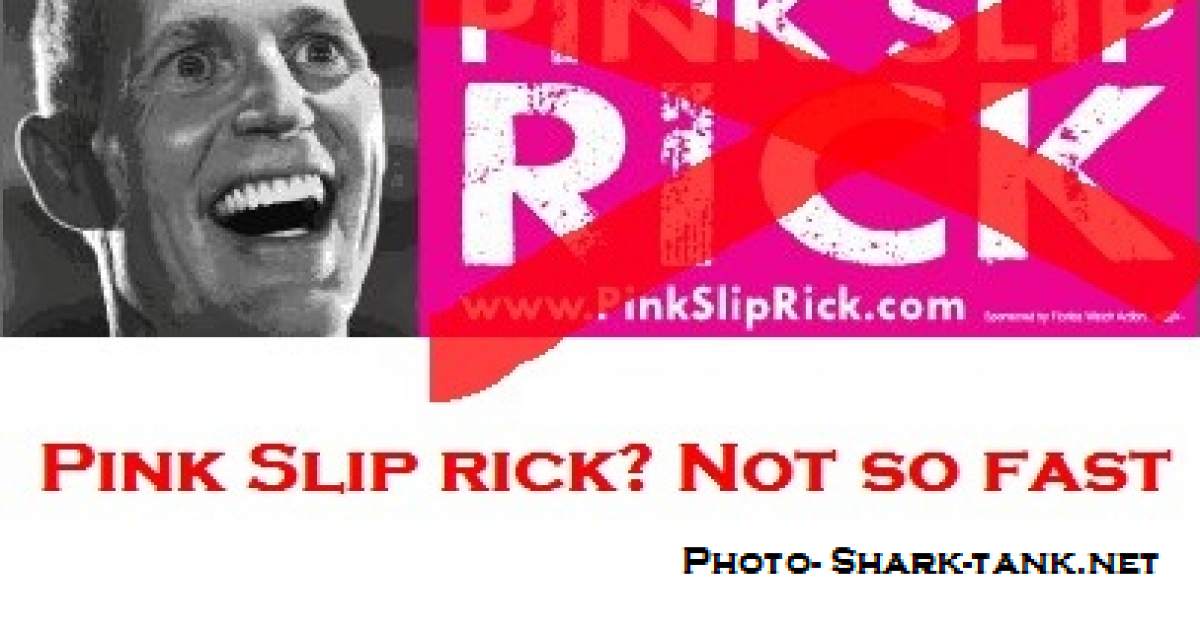 The resounding Wisconsin recall election victory by Governor Scott Walker has ramifications here in Florida, as it will pretty much end any remaining hopes held by opponents of Florida Governor Rick Scott who wished to follow through on a recall effort against him.

The ‘Pink Slip Rick Scott’ movement may very well have been  derailed for the remainder of Scott’s term, as organized labor and the liberal wing of the Democratic Party received a substantial thumping that will likely carry over into November’s general election.

Several political observers predicted that a 6 point win or more for Walker would spell defeat for Obama in November- with nearly 90% of the vote counted, Walker was up over 9 points- the silent majority has truly spoken, and there is simply no good way for DNC Chair Debbie Wasserman Schultz to spin her way out of the enormity of this defeat.  And as President Obama continues to lag in the polls, the focus of Democrat efforts may have to shift from attacking more vulnerable Republicans to damage control efforts on behalf of the President.

**Note-There is a recall effort against Governor Scott. However, governing statutes prohibit a recall from actually occurring.

Looks like the ‘Pink Slippers’ have just received their own pink slip- kudos to Wisconsinites.

If you liked this article, please share it below. Thanks!