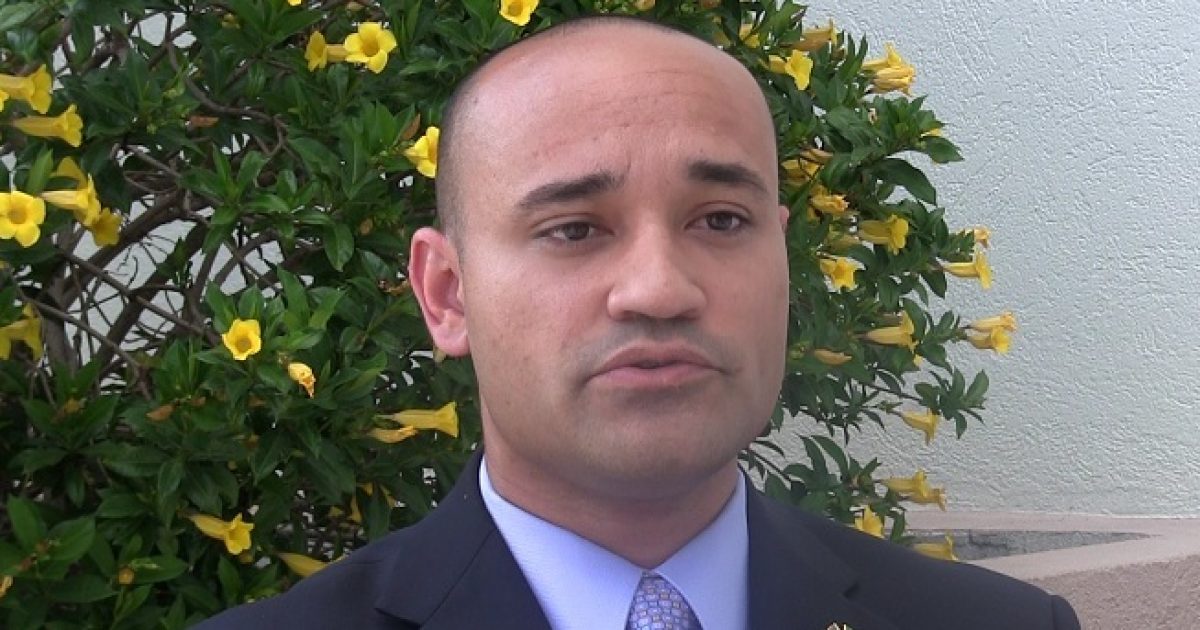 Republican congressional candidate Julius Melendez is a current U.S. National Guard Medic who has completed two tours in Iraq, and he’s hoping to face off against the uber-obnoxious progressive Alan Grayson in the newly drawn 9th congressional district. Melendez is agreeing with Congressman Vern Buchanan, in that members of Congress should not receive a salary if the national budget is not balanced. Melendez says that “he would go a further” in asking for a 10% pay cut on Congressional salaries.

Melendez is married with three children and was elected to the Osceola County school board in 2008; and he’s currently in a contested Republican primary against four other candidates including Osceola County Commissioner John Quinones, attorney Todd Long and businessman Mark Oxner.  Melendez recently won a congressional primary straw poll vote held by the Solivita Republican Club in Polk County.

Melendez has been endorsed by former State Senator Carey Baker, and you can learn more about his campaign for Congress at his website http://juliusmelendez.us/.

If you liked the article, please share it below. Thanks!
0SHARES
ShareTweet