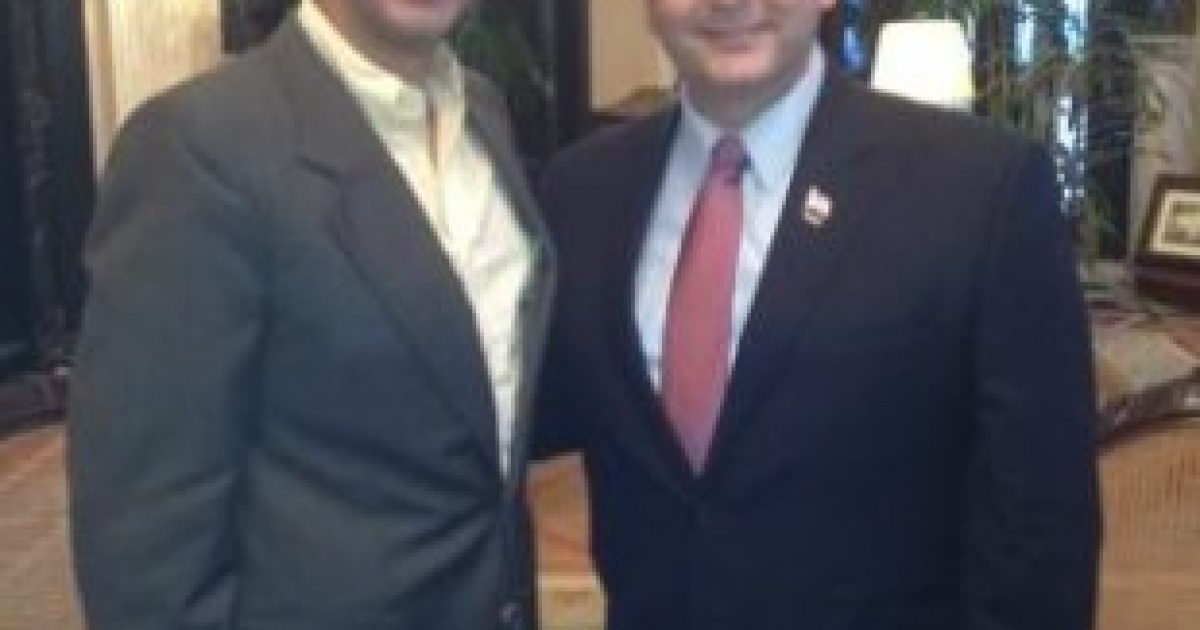 Puerto Rico’s Conservative Governor Luis Fortuno has come out in support of retired Air Force Colonel EJ Otero in his bid for the U.S. Congress.

Governor Fortuno said that he is looking forward to working with Colonel Otero because Otero understands which economic policies will  create prosperity for all and and that he will use his background and experience to improve the economy of the country and expand business with Puerto Rico.  Otero accepted the endorsement by speaking to the values and principles that he shares with Governor Fortuno, the same values which have brought economic prosperity to Puerto Rico.

Otero is running uncontested in the Republican primary and seeks a showdown against Democrat Congresswoman Kathy Castor, and he is expected be very competitive in the race, especially considering that Castor is in lock-step with President Obama’s failed agenda.