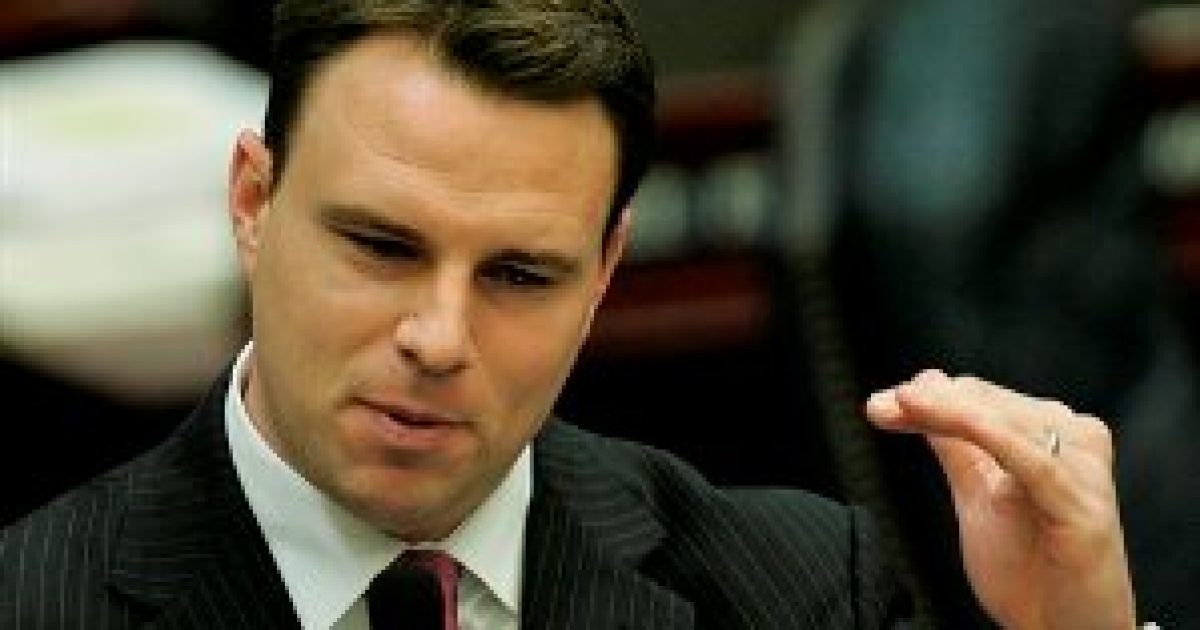 Jacksonville,FL– After last night’s Republican Presidential debate, the candidates’ respective spinmeisters made their cases to the media as to why their guy won the debate. One of Governor Mitt Romney’s spokesmen was Florida Representative Will Weatherford, and during the course of his remarks in the “Spin Room”, he shed a very dim light on the ongoing redistricting process in the Florida Legislature. Over the past several weeks, many Republicans have voiced their disappointment towards the Republican legislature after the release of the preliminary redistricting maps. Much of the ire concerns the proposed boundaries of Congressman Allen West’s 22nd Congressional District that would be redrawn to include far more registered Democrats.

West’s congressional district inexplicably sheds the most Republican electoral support, in comparison  to all other incumbent Republican and Democrat Congressman. A few weeks back we quoted an unnamed legislator saying that, “Allen West was screwed”, a statement which was originally made about made five months before the proposed maps were made public, leading insiders to believe that the fix was in against Allen West. But in light of Weatherford’s comment (VIDEO), it is increasingly clear that this is a fait accompli. (Read more-Allen West is Screwed)

According to Weatherford, those preliminary maps will not change- at the most, any additional changes would be minimal, and those changes would not make any appreciable difference from the preliminary maps. In addition, Weatherford stated that a deal was struck between him, Senate President Mike Haridopolos, and Senator Don Gaetz to finalize these maps and push them through as soon as possible. Weatherford also said that the proposed maps are in legal compliance with both the Voting Rights Act and Amendment 6.

So based on Weatherford’s comments, the 22nd Congressional District is now very much in play for the Democrat Party, and West is at an even larger disadvantage than he was previously- it will be a very difficult and expensive seat for Republicans to defend.

Part of the challenge we with the new amendments, 5 and 6 that past, it created clear standards about how we draw districts. So, we can’t draw districts for any partisan reasons, we can’t draw districts based upon what a candidate wants, or what a party wants. We have to draw them based upon what the law said, so it took away a lot of the flexibility normally a legislature would have . And so in doing that, we felt that the maps we did draw, were the most legally compliant possible. There were winners and losers in that, unfortunately. But, I think that what we wanted to do was take the maps that we could send to the court, and hopefully get through the court, and I think we did that.

It’s a challenging process, but I think that what Senator Gaetz and I, and the Speaker and the President negotiated is a map that is fair and is legal. We allowed everyone to have a say. Republicans had a say, Democrats had a say. If people wanted to file amendments to make the districts different, they could, but everything we did was based on how to make the maps as legal as we possibly could.-Rep. Will Weatherford (R)